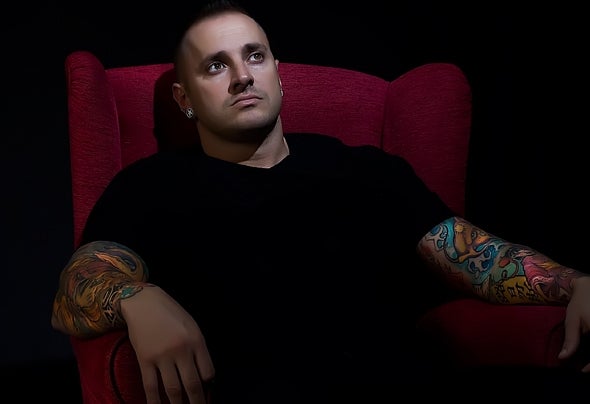 Luixmi born on December 18, 1972 in Guadalajara (Spain) with 14 years running his family moved to Toledo where unknowinglydiscover the gift that always had, electronic music.In his youth, he met a key part of their future career as Dj: PG2 and Julio Posadas. They met through a common friend and struck up a friendship that helped to strengthen the quality of bothdisc jockeys. Luixmi began at the early age of 15 years and therefore its efforts as a natural talent for music led his many balie residences in the best rooms among which Toledo Bayben, Enjoy, Kyries, DJ Revolution, large festivals such as Global Evolution and the festival dedicated and Malpica, electronic festival Illescas, djdayfestival, electronic Sonrise, Electroshok, Nightclub Nao, Don Dodici and Piglet, which began a radio-wave zero currently conducting a program Loca FM Madrid, along with Carlos Perona on "The After Loca FM".His particular style, Techno-House with touches of electro-House has sounded in important national and Txitxarro rooms and ItzelaBasque clubs both at Family Club (Toledo), Moon, Orion, and Privilege, club and other less important and not crossingcountries like Mexico (Pacha) or England (Club) where shared dishes with the most important figures of the national House sceneand international among which are: Dr. Smoke (Oscar Mulero) Cristian Varela, Wally Lopez, Coca & Villa, Submission, Tony Mendez (Michael Lapp), DJ Bee, Deep Dish, Peace Division, Valentino Kanzyani, Exception Samuel, Simon & Shaker and Silicon Soul Alvaro Cabana,Roberto Rodriguez, F. Luismi, Pablo Guadalupe (Percussion), Juan Iborra, Dimas aka D-Formation, Oscar de Rivera, Julian Poker, José Luis Magoya and electronic music groups such as Cycle, among others.His career continued to proliferate and helped improve the hand professionals as his great friend PG2. Together, they a more ambitious with the creation of a new project istime as a producer with the Cosmic Sound gave birth. His career continue to develop favorably with the aid of July Posadasand Miguel Alvarez, who created the Infinity Dreams, and later the Races success.A major gratifications has worldwide Luixmi production is input in the compilation Infinity Dreams most successful summer 2002 known under the title of Platinum Ibiza number one in sales as well as vinyl compilation.Noteworthy is the fact that courses taught amateurs deejayss in School Beat Dj. Currently, only works as Luixmi Dj & producer and nowsit in the prime of his career, with a vision where the music remains important in your life. This passion for a job well done, can be seen at its usual Family Club (Sonseca), we can also enjoy Dj Luixmi in Malluch where a resident every Friday and in its various performances throughout the country where it says his eagerness to make people vibrate with their work. Dj Luixmi a new musical journey begins with the name of Lual whose first result is "Do not Stop Paula", included in the new compilation the known session "LOVE SHOW" and the remix of the familiar theme of Andain - Beautiful things from the hand of Julian Poker in this 2006. At this point is based in woom festivals and a monthly residency in The Angel Madrid room, all a 2007 full of surprises and triumphs. In 2008 it merged with SOUND XPANSIVE together creating many follies and first fruit is his own label called TATTOONIMAL RECORDS vinyl, which conpañero conparte with Sergio Castilla, achieving great results inside and outside our country.