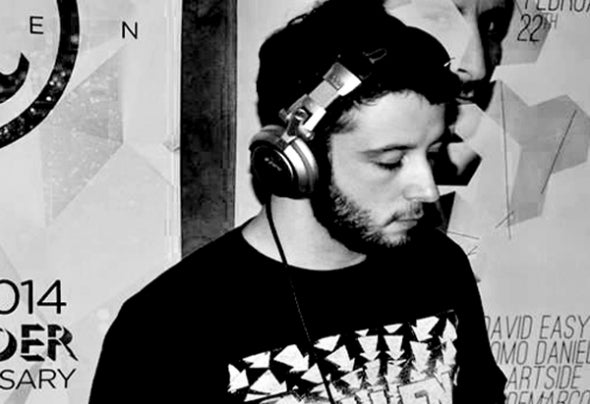 Born in Rome at the end of 80’s, grow up listening music with the influnce of his brother, Riccardo Rocchi (DJ too in the 90’s and now Professional Guitarist).Start working on music like a game or “beatbox” with his friend Sirio Gry J,STEFANO ROCCHI also like graphic and architecture, and his old studies in Mats move him to learn more and more in Sound Design or Hardware structure, as amplifer and speakers. So not only music, but a little bit of engineering. The music culture going through Techno, like Detroit style or more Chicago House, until Minimal rhythm and Rock atmosphere!Recently came back from a season in Spain, in the same time he had possibility to create some releases on Netlabel like Ephedrina Netlabel and Stato Elettrico, or bigger as Stencil Recordings. Music is passion and Stefano want to share his emotions; played in clubs like Rashomon, Circolo deli Illuminati, Magazzino33, Muzak, Bilbliotechina, Trecentosessantagradi and Animal Social Club in Rome, plus Russian Bar (London) and La Macarena (Barcelona), he will try and hope to find more possibility to have european gigs and make at least Liveset performance. He also has recently joined Black Sam Records family. Out soon his first vinyl on Love Blast, "Contatto".