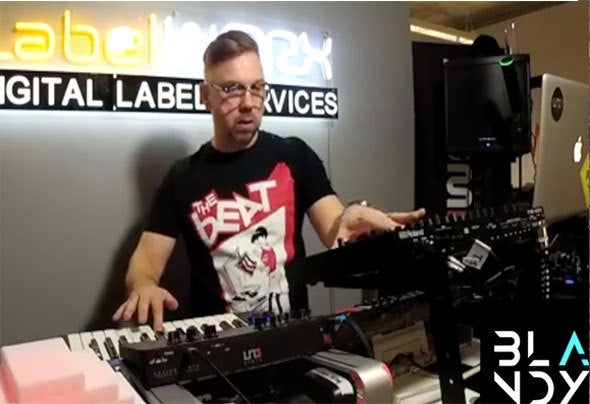 Blandy is Ian BlandHe’s been into the dance scene since '87, when as a clubber he was jacking to the fresh house sounds of Chicago House. ! By 1990 he formed the Legendary rave outfit ‘Dream Frequency’ signed to XL Recordings, had 2 top 40 hits and played in front of a million clubbers over 20 years all over the world ! In the mid 90’s he went on to form Dancing Divaz , creating many seminal club classics and remixes including Queen, Prince, Alison Limerick and Paul Oakenfold,Ian was also one half of Quake (The day will come)and produced 3 tracks in the Film human traffic ,Ian is also Maison Records Label owner and co runs Sublime Recordings