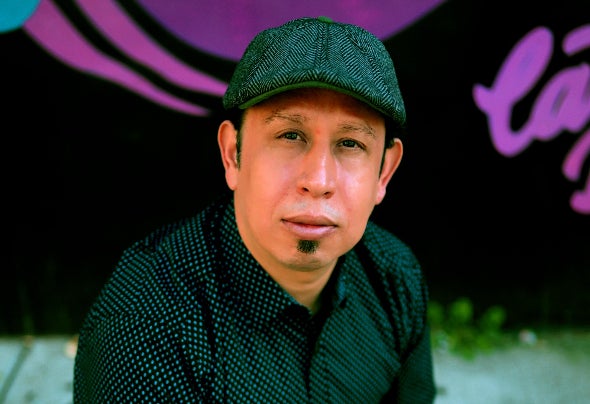 Hailing from the Central Valley of California and originally from the East Los Angeles area Tony aka Tone Abstract was exposed to amazing Street Culture. At an early age Tone had a huge interest in Hip Hop and began to participate in Dj’ing , Break Dancing and Graffiti Art. Ultimately Music would become his forte which led him to Practice the Art of Beat Matching , Scratching and many Turntable Tricks making him one of the Best Turntable Technicians that came from the area. By the age of 16, thanks to his already developing Network he was given the opportunity to Perform for several hundred People. In not much more time Tone was exposed to his First Electronic Music Event and he instantly fell in Love with the Music, the Vibe and the amazing People that participated. After years of playing Music for the Masses Tone’s interest was geared towards production, he wanted to make the Music he played. He took a very long break from Performing and has been practicing the art of Music Engineering & Production. He began Producing the sound that inspired him originally. That amazing Bass sound from the State of Florida that has been in his heart and is what flows out naturally, it’s not a regurgitation it’s what he listened to for years and inspired him to get into Music in the first place. Now with Releases on Major Labels both Domestic and Abroad Tone’s geared for growth and the Future is looking bright.