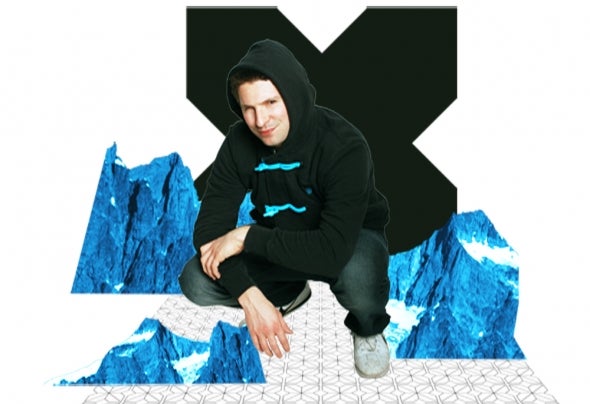 Hexadecimal made his name in 2002 after remixing Sound Alliance for James Zabiela's debut mix compilation. He then topped the DJ Magazine chart with 'Brain Machine' and produced the opening track for the Plump DJ's much acclaimed Fabric Live Mix CD.This new record, featuring the accompanying single 'Cracks', sees Reeder take a leap forward with more life and air in his productions for a refined and positively contemporary stance on the breakbeat / bass music continuum. The opening track 'Sweat Tears Of Blood' incorporates strong syncopated percussion motifs with a down- tuned vocal for a stormy introduction.Tracks like 'Ain't No Disco' and 'Boom & Bust' fly head first into the dancefloor with huge drum stomps, soaring bass lines. 'Grow & Change' is a mutant fusion of acid, breakbeat and Dubstep that maintains the historical lineage and cutting edge techniques of all three. Next up, Live beatbox extraordinaire, the Melbourne-based artist Dub FX, lends his vocal talents to the staggering 'Open Your Eyes'.'Emotive' is an old school half-time dubstep heater with a cracking vocal from Kurnel MC, swiftly follwed by a twisted mixture of synth bass, dub skanks and rock guitar licks on 'Trauma'. The album then rounds off with the melodic 'Which Way', featuring Ingrid Hakanson doing her sultry best.Here what he had to say about the release:"Reform / Restore is a concept based around the last few crazy years of my life. Since writing my first album ‘Base 16’ I have been on a rollercoaster ride I could never have imagined. I have experienced a mixture of emotions & encounters.Each track on this album is based on one of those experiences, my near fatal car accident, meeting my fiancée, moving to New Zealand and surviving the full force of mother nature during the 2011 Christchurch earthquakes.Reform / Restore is dedicated to anyone who has faced a near impossible situation and with the odds stacked against them has used positivity to help turn their life around." - Scott Reeder (Hexadecimal)