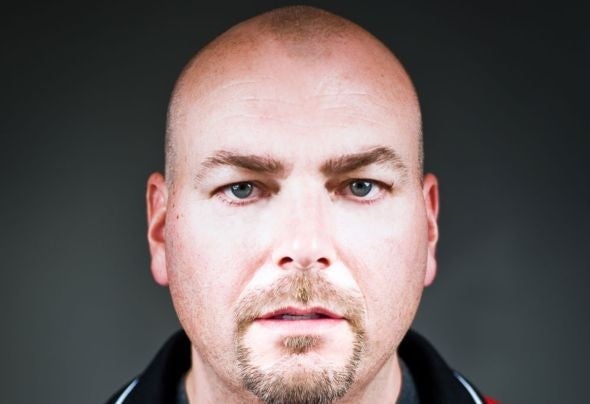 DJ and producer Justin Johnson has been rocking the dance floors of North America for over twenty-five years, and his eclectic mix of Funky Breaks blended with House Music has made him a favorite at countless raves, clubs, radio shows, and special events. His influences come from all aspects of music, and he always brings the funk with him. His mix tape and CD series has been applauded for his flawless mixing skills, unique track selection, and excellent programming. Justin's production skills only add to his talent arsenal, as shown on his two record labels (Cable Recordings and Barely Legal Records) and his remixes for Velcro City Records, Made Records, Mutate, Beyond Zilla, Blunted Funk, Knob, and Quartz Lock.Justin originally began DJing in 1985 on his high school radio station (KSRH 88.1 FM), but got his first taste of being selector when he was three years old when his dad let him pick out songs for his radio show (KUMD Duluth, MN). Heavily influenced and raised on artists like Yello, Soft Cell, Depeche Mode, Giorgio Moroder, Cabaret Voltaire, The Psychedelic Furs, The Clash, Michigan & Smiley, Mad Professor, B.B. King, Buddy Guy, Bod Diddley, James Brown, B.T. Express, Curtis Mayfield, Afrika Bambaataa, and Egyptian Lover all kept his musical tastes diverse. It was Kraftwerk’s album “Radioactivity” that really pulled him in further to Electronica, but it was Frankie Bones’ “BonesBreaks Vol. 3” that made him turn the corner into a full fledged obsession with House and Breaks.In the early 90s the rave and club scene in San Francisco was exploding with parties from promoters like Funky Tekno Tribe, Stompy, and the Wicked Crew, and he would find himself at events like “Boogie Buffet” at 1015 Folsom on Sunday Mornings grooving out to the sounds of Mark Farina, Spun, and good friend John Howard. Inspired further, he teamed up with Sean Murray and DJ John Mac as a founding member of the earlier Renegade Sound System parties and they threw the first “4:20” party at the Marin Headlands. After several years of sharpening his mixing and crowd-rocking skills at full moon parties, one-offs, and house parties, he decided it was time to break out, and so he made a move to New York City to see if he could conquer the Big Apple. Within a year of being in the north east, his shoulder was tapped by Scotty Marz, the founding father of Kingsize USA promotions, to become part of the crew and a resident DJ at the weekly Bounce parties as well as at their one-off events. One year later he had built up such a solid reputation that he was recruited by Scott Richmond and Jonathan Kadish (aka Mr. Kleen) to work at the world famous Satellite Records in New York City. Justin quickly made a massive impact in the store and became the Breaks buyer and the stock manager for all three stores (Boston, NYC, Atlanta). Satellite offered the opporutunity to not only be on the cutting edge of new sounds and producers, but also to be able to help cultivate the sounds of other DJs like Danny Tenaglia, Roger Sanchez, Erick Morillo, DJ Icey, Adam Freeland, DJ Dan, Dave Dresden, Thomas Bangalter (Daft Punk), Todd Terry, John Creamer and Stephane K, Christian Smith, Deep Dish, Freq Nasty, Tommie Sunshine, and just about any other taste maker in the industry. After years of consistently rocking the north east in renowned venues like The Limelight, The Tunnel, The Roxy, Roseland Ballroom, and Irving Plaza, he became known as the “King of Breaks” in NYC, and an appearance at a massive NYC festival (6th Element) was so impressive that it even caught the ears of The New York Times.Ready to take his career to the next level, he connected with local Breakbeat producer Gruv 42 and made the track “Lazer Blast”, which was licensed to San Francisco’s DJ Liquid mix compilation “Electroacidfunk2” (making the West Coast/ East Coast connection complete). Justin would make two more tracks for Gruv 42’s label Don’t Panic Records - “Cranberry Breaks” and then another with Satellite Records coworker John Selway for the Acid Breakbeat anthem “Supernatural”. In 1999 he started up his own Breakbeat label called Barely Legal Records and the first release featured the A-side track “All the Ho’s” by Scotty Marz, while the B- side had a collaboration of Justin Johnson and KMH called “Dai-Lo”. This would be the first in a series of ongoing Breakbeat hits that continues today. In 2001, Justin and Satellite coworker DJ 3PO launched a brand new label from the depths of the lower east side called Cable Recordings. At the time, Chris and Justin were the two most senior employees at Satellite Records and were roommates in a Brooklyn loft near Bushwick. Their mission was to connect all the sounds that they loved into their own sound. Their first offering “Stolen” was influenced by their surroundings, their peers, their DJ gigs, and their love for bangin' house music. They took the dirtiness of the subways, the grime of the sidewalks, and the magnificence of the skyscrapers and turned them into a menacing Tribal House stormer, which embodied the sound of the dance floors of New York City at that time. The B-Side featured an amazing remix from long time friend and collaborator John Selway whose progressive Tribal Techno sound had already taken the world by storm. Indeed, it was Selway's remix that helped bring the spotlight to Cable by the track being licensed to mix compilations on Fabric (Slam), Ultra (Taylor), and Moonshine (Dave Aude), as well as being featured in an episode of Showtime's 'Queer As Folk'.http://www.djjustinjohnson.com