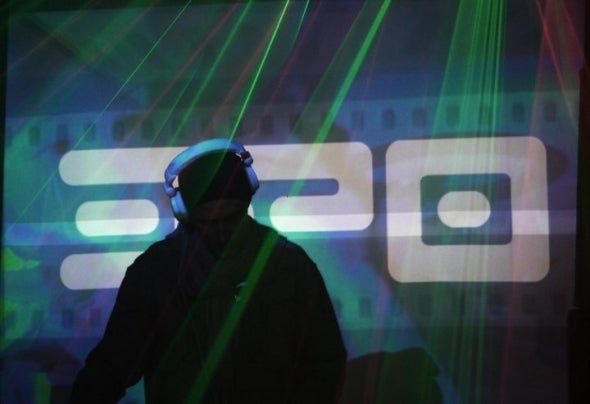 DJ 3PO (Cable/Barely Legal/ Satellite, Buffalo/NYC) "...With an intelligent approach to House music like his, there's no doubt we'll be seeing more of him soon..."MIXER Few electronic artists today have the necessary skills and experience to do what Chris O'Connor (3PO) has done. Since his DJ career began in early 1993 in Buffalo, NY 3PO has been thrilling and filling dance floors all over the world with his sound that can be best explained as a blend of Funky, Tribal and Electro. 3PO developed his sound in Buffalo, NY where he found himself amidst a small, but dedicated and growing underground club/rave scene. In 1991 with Toronto, Canada a short drive away, 3PO began checking out of some of the hottest electronic talent around. A few years later, he moved to New York City where his surrounding influences led to his current blend of Jackin House and Breaks. 3PO's style is attributed to a good upbringing of Funk, Soul, New Wave, Motown, James Brown, and many other subtle artistic and cultural textures that make his sound complete. Once in NYC, 3PO's demand brought him to the stage with such luminaries as DJ DAN, CHEMICAL BROTHERS, THE ORB, BAD BOY BILL, DERRICK CARTER, KEOKI to name a few.3PO was also chosen to perform with a virtual who's who of electronica at WEMF '99 and'01, a three day music festival in Canada with over 10,000 in attendance, and continues to keep a busy schedule playing many of the hottest clubs and raves in locations like Venezuela, Toronto, Switzerland, Quebec, Dominican Republic, Ottawa, San Francisco, Mexico, New Orleans, Miami, Gainesville, North Carolina, Boston, as well as NYC's legendary clubs like Twilo, Centro-Fly, Tunnel, Roxy, Exit, Soundfactory and Vinyl (Arc).His passionate sets and mix tapes have brought him accolades from Tribe Magazine, XLR8R, BPM, Radio One, as well as frequent guest spots on pseudo.com and Solid State on NYC’s legendary KROCK radio station with DJ Liquid Todd. One track under the moniker Secret Society with label partner Justin Johnson, "Stolen" on Cable Recordings has sold four thousand of copies worldwide and was the 2nd best selling track of 2001 at Satellite Records. It has also been licensed to many CD’s including Slam’s “Live At Fabric,” Dave Aude on Moonshine Records, and Taylor on Ultra Records. German company DJ-sets dot com licensed “Stolen” and put out new remixes by Techno artists Angel Alanis, DJ Emerson and Len Faki. NYC’s Red Menace Records recruited Secret Society to remix Nigel Richard’s track “Summer in New York.”Ultra Records licensed his latest release, “Psychological Warfare” which came out in June 2003.Psychological Warfare has been licensed to Rui Da Silva’s "Travelers Series (Miami Session)" mix CD and has been played by many top Progressive DJ’s including Pete Tong’s Essential Mix show on Radio 1.Breaks honcho Lee Coombs remixed "New York Stories" which was also licensed to Simply Jeff's Electroshock mix cd.His release “Other People” shot all the way up to number 32 on the Beatport top 100 Breaks chart.When not busy in his studio, he is the retail buyer for Satellite Records. in NYC and did freelance work for Syntax Distribution. He has one of the most important jobs in dance music by bringing in all the music to one of the biggest, most influential record stores in the world. His current schedule of gigs and production as well as Content Manager for Satellite records in NYC assure that 3PO will be fulfilling his dreams and living up to his enormous potential.Discography -Secret Society "Stolen" Cable Recordings -Nigel Richards “Summer In NY” Secret Society Remix Red Menace Records -Secret Society “Psychological Warfare” You Records -Secret Society “NY Stories” Cable Recordings -3PO "Follow the Sun" Cable Recordings -3PO Other People -3PO "Bucky -3PO Ultra Bass Upcoming -3PO "Snap!" -Psychotropic "Hypnosis" 3PO remix -3PO "Pop-n-Lok" -3PO "Telstar"