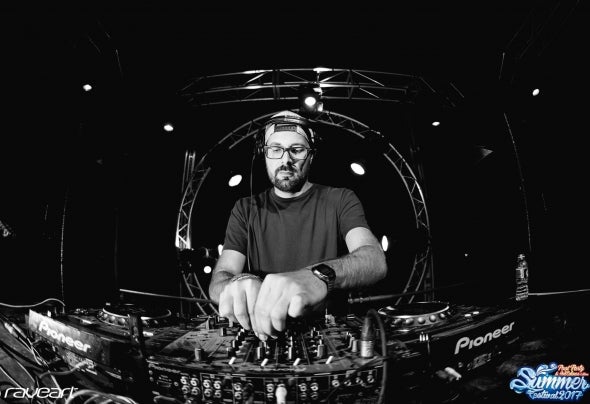 After several years of producing songs infront of his compy, Kid Panel kickstarted his DJ carrier in 2007 by spinning at a weekly residency in club Instant, Budapest. Meanwhile joining the event series called ’We Need Underground’ and playing all around in the clubs of the capital aswell as of Hungary supporting for the likes as of Krafty Kuts, Koma & Bones, Marten Horger, Sam Hell, Aquasky, A.skillz or Basement Freaks, he’d been also seen rockin’ the dancefloors of Spain, Italy, Russia and Canada....He called his side-project alive alongside dj Clairvo of MustBeat in 2013, namely Lack Jemmon - in order to bring their musical vision alive: the marriage of tricky glitch-hop, heavy bass-music and happy funk. Besides Ghetto Funk, their productions as Lack Jemmon have been picked up inmediately by the Best New Label of Breakspol 2013, Scour Records offering an exclusive deal to the guys.Having the No. 1 positon with his track called 'R U Ready' at Beatport Breaks Charts for more than 3 months in a row, you can still find him lately smashing the Beatport Top-100 and Top-10 Breaks Charts on regular basis with his tracks and remixes released on labels such as Elektroshok Records, Distortion Records, Rat Records, Diablo Loco, The Pooty Club or Breakbeat Massive Records