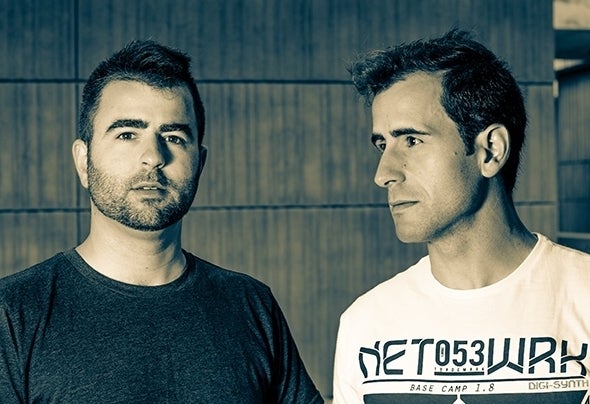 Baymont Bross is a band formed by 2 brothers, Jose Maria Barrientos, a professional musician for 15 years, playing bass, keyboards, Spanish Guitar and electric guitar and this is his best way expresiónn, and Antonio Barrientos, DJ and promoter, known in electronic music in Andalusia (Spain), and ardent lover of Breaks, with 10 years experience as a "DJ Barrientos" in the past. Together they decide to work for the music; is the passion that unites them. His style is defined breaks and booty breaks, with hip hop, electro and funky influences.Multitude of proyects since 2002 came to light by Spanish label, with distribution national, a CD album in 2003, and 4 singles on 12".. but it was not until after 2007 when they began to roll with ease and take productions. Past year 2009, they have taken a giant leap for working and doing Remixes for Hardy Hard & Lady Waks, ILs, Access Denied, or Stonewash & Fagault, this first Hardywaks feat Mr X - Record Back (Baymont Bross Remix) was punctured by Plump DJs at Fabric, Radio one, Glastonbury and Glade Festival, and prodded by WestBam at Mayday (berlin) Mcs have also collaborated with the likes of ... General Levy (Uk), Darrison (UK), Liz melody (uk), Miss Sunshine (ireland) or MC Benzo (Usa ),... and working for major labels like ZooGroove Records, Mofo Records, Plasmapool, Rat Records, Illeven Eleven, Stepsine, In Be we trust, Digital Bounds .. etc ...With this work has gained the support of big DJs like .. Plump Djs, Alex Metric, Westbam, Ils, Jay Cunning, NAPT, Leroy Thornhill, Miles Dyson, Dj Deekline, Keith Mackenzie, Beat Assassins, or Hardy Hard, among others .. All this work resulted in a year full of appearances by major festivals, clubs and radios in the world Breaks Scene.Baymont Bross are one of the founders and owners of The Pooty Club Records and they will release the most of their music with their own label.