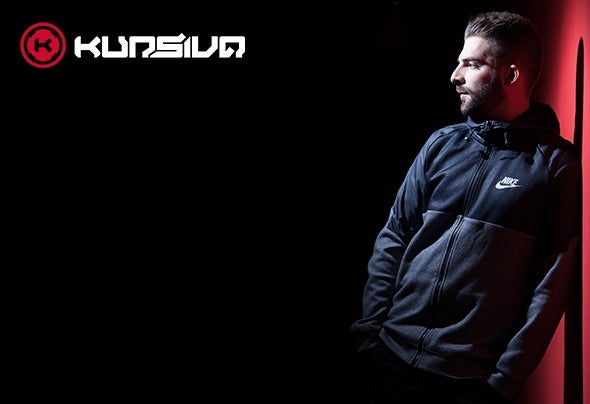 DJ and producer based in Cordoba, Spain, Kursiva has been recognised across a wide range of musical genres both in the studio and on the stage. His powerful beats and solid mixdowns are treated with the accuracy of a neurofunk surgeon. Combined with the classic elements of reggae and hip-hop which give rise to a characteristic sound that you can find embedded in all of his music whatever the genre be it Jungle, or Drum and Bass. His debut album "Waveform Shapeshifter" has received support from the likes of Noisia, TC, June Miller, Optiv, Zombie Cats, Counterstrike to name a few. Working with labels such as Technique, Eatbrain, C4C, Jungle Cakes and his own label "South Yard" Kursiva has taken his music all over the world performing at festivals like Let It Roll (CZ), Dreambeach (SP) and FozzyFest (CAN). Additionally Kursiva has torn up the club circuit all over Europe and Latino America. After successfully navigating his way through the scene over the past few years, 2018 seems to be the point where he is finding his own sound signature. With a solid bunch of releases about to come out this year, the career of this young producer is growing like wildfire!