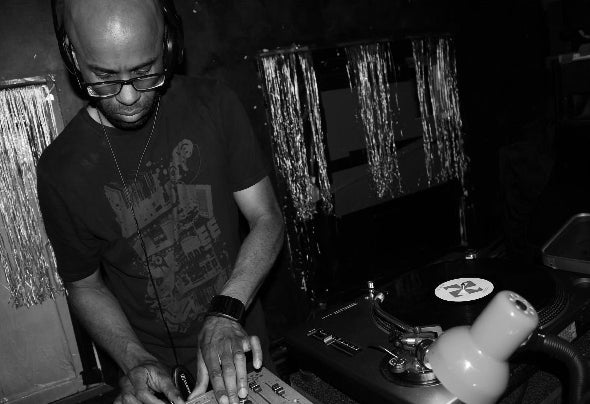 BAFTA & Ivor Novello Award Winner (2003), producer, media composer and DJ, started his career over three decades ago in the late ’80s. He cut his teeth making Hardcore as it was then known. Released his first record in 1992, ‘Ruffneck Bizznizz’ on Ruff Quality Recordings. Started his own label King of the Jungle Records in 1993 alongside Rude Boy Keith, where they enjoyed much success, flying around the globe as a DJ and PA’ing. Dextrous has performed in countries such as Austria, USA, Canada, Belgium, Estonia, Finland, Germany, Holland, Italy, Ireland, Latvia, Switzerland and Sardinia. By late 1994 whilst presenting on London’s pirate station Kool FM, Dextrous hooked up with Paul Brown and Jon Stewart (Phase 3 and Klass A). They all shared the same artistic ideas and wanted to introduce a more musical approach, something that was often overlooked in Drum & Bass production back then. Dextrous established State of the Art Recordings, as a vehicle to release music that wasn't confined to the ubiquitous styles that club DJs were playing at that time. Dextrous, Paul and Jon recorded together under the name Solid State and became known as one of the pioneers of Liquid Drum & Bass. Their last project together was the album entitled ‘Point of No Return’ on the Renegade Recordings label in 2000. Dextrous has and still remains heavily involved in composing music and productions for library companies which feature on adverts and many TV programmes. He has also recorded under many other pseudonyms covering other genres, one being Transcendent Minds with recordings on Broken Beats label Karma Giraffe, highlighting his musical versatility. With his wealth of experience, Dextrous was a great choice for scoring the BAFTA-winning ‘Feltham Sings’ documentary shown on Channel 4 in 2002. With his musical background and a passion for working with young people, undertaking this project made perfect sense. He won an Ivor Novello Award for his efforts and an RTS Award nomination.