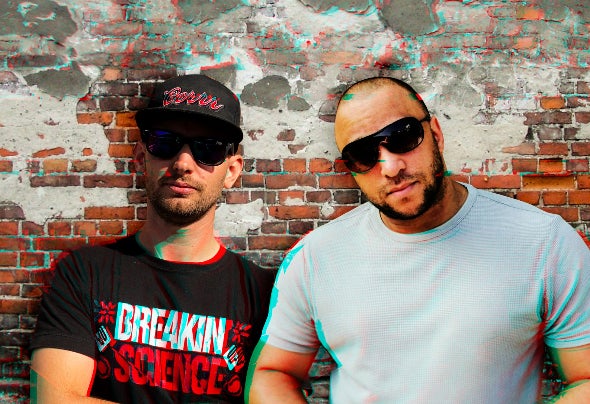 Since appearing on the scene, as if from nowhere, in late 2018, production duo ‘KLEU’ have rapidly established themselves among the forefront of Drum and Bass’ avant-garde producers. From their first release, on Shimon’s ‘AudioPorn’ label, it was clear that these two lads from Brighton were on a previously untrodden musical path. A string of high-profile bootlegs followed, culminating in one being featured as the introduction track on the first ever Problem Central mixtape, arguably the biggest and most anticipated mixtape in the history of Drum and Bass. Garnering a reputation at a rate of knots, Kleu stepped up their collective game and had releases on labels like 'Device', ‘Dope Ammo’, ‘Dub Shotta’, ‘Gorilla Warfare’, ‘DnB Allstars’, ‘Born on Road’, on Mollie Collins’ ‘Right Good Records’. This soon led to the pair being signed to the legendary ‘Jungle Cakes’ label and ‘Hot Cakes’ agency. With an unrivalled energy in their live performances, a forthcoming booking list as long as your arm, a recent UKF feature and BBC Radio 1 guest mix, KLEU are serious ones to watch out for!