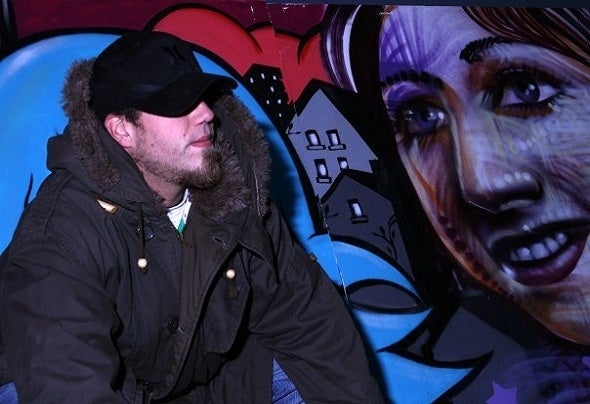 Jon Kirton (Jinx) originally from Stourbridge UK has been in the Jungle/DnB scene for over 15 years. He started his career in 1995 as a Jungle DJ playing at friend and now fellow producer Aries legendary Midlands night Lifted. The next 6 years saw him going from strength to strength playing parties and festivals such as Glastonbury, Breakthrough, Broken Minds, Babylon Dread to name just a few, as well hosting his own hugely successful night Urban Disturbance in Birmingham. In 2001 Jinx, being the driven individual that he is, decided dj'ing just wasn’t enough any more and started to produce his own brand of hard hitting DnB and Jungle. After a few years of honing his skills in the lab and his first signing to Apex recordings with the tune Buddha Finger Jinx linked with old friends and collaborators Aries and Gold who were producing under the name LionFire. With Jinx joining them to make LionFire a trio in 2008 the rest you could say is history, with subsequent signings and releases on Dread, Pure Vibez and Friendly Fire the trio are raising the bar and making some serious noise in and around Europe and the UK. Meanwhile Jinx is currently non stop in the studio when he isn’t working or playing with LionFire and 2011 will see co-labs with the likes of Ras T Weed, RTKAL Parly B and Eva Lazerous, as well as some very special co- lab work with Bermudan reggae artist Miracle child. With ever gaining support from the likes of Dread Recordings Ray Keith, 36Hertz head Vapour, Bizzy B and Bladerunner Jinx is set for a bright future in 2011 and beyond.