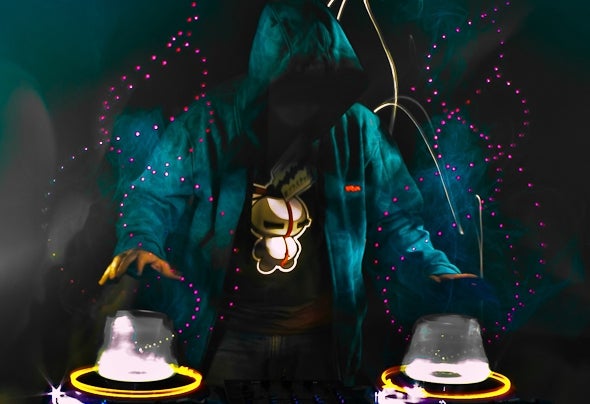 Salaryman is a cornerstone of the French Drum&Bass scene. After 4 years spent exclusively behinds the decks playing throughout France alongside the biggest D&B names, he started producing in 2006. And since then his aim stays the same: develop his own approach to Drum&Bass by blending genres influential to himself, mainly Reggae, Trance, Funk, Trip Hop, Rock, Hip Hop & Jazz. That's certainly why he's nowadays renowned as an eclectic artist, not limiting his skills to the boundaries of just one style. 2008 was the year when his talent began to be noticed, with first signings on a selection of labels and support from a number of big artists. Then 2012 marks his position as one of the most talented newcomers, with releases on worldwide-known labels such as Fokuz, Citrus and Celsius. The year after, he entered legendaries J Majik & Wickaman's seminal imprint; Infrared. The upper level was reached in 2014, when he signed his first track on THE leading label in the Drum & Bass scene: Ram Records. On 2015, he came back to Ram (and its sister label ProgRam) and also entered another D&B superstar label: Technique. Then 2 years later happened the landmark event of his career so far: the release of his own single on Ram! This ability to reach the biggest imprints in the game proves that he's now a well established artist. Featuring alongside Bass Music heavyweights such as Sub Focus, Chase & Status and Drumsound & Bassline Smith, his tracks are supported by the biggest stars in the scene, aired on national radios and reach the D&B top seller charts. And the best is yet to come as loads of new releases are already in the pipeline. So keep an eye on him, you won't be disappointed.