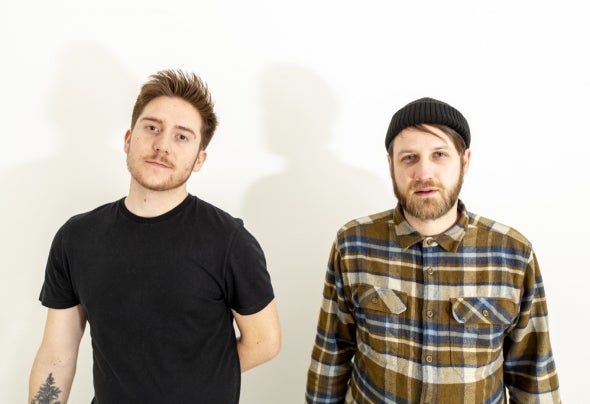 Harry Hackett & David Stone aka Gerra & Stone have risen rapidly through the Drum & Bass world over the last 6 years. Having released on such commercially acclaimed labels as Ram Records and Shogun Audio, alongside underground tastemakers like Dispatch Recordings - it’s fair to say their production style thrives on diversity. The duo are equally at home taking a more soulful, vocal orientated direction with their music, for instance 2015’s release ‘Unbreakable’, as they are with more straight up dance floor smashers such as ‘Too Deep’ and ‘L.I.E.S’. It’s easy to see how their records have not only gained support from the majority of leading DJ’s in the genre such as Andy C and Friction, but are just as likely to be heard at deeper, underground Drum & Bass parties across the globe.This diversity has lead to releases and remixes regularly charting into the genre’s top 10 on popular distribution platform Beatport, and taken their DJ career worldwide. The pair have extensively toured the UK and EU as well as more recently taking the G&S sound to North America, Canada, Australia, New Zealand, Asia and South Africa - alongside being invited to record DJ mixes for well known brands brands such as BBC Radio1/ 1xtra, Fabriclive, Ministry of Sound, and more. Their debut Dispatch Recordings album entitled ‘Polarism’ was released to critical acclaim in September 2017. The project received support from across the scene, as well from household names like Noisia and Friction - and as a result charted into the Top 10 on Beatport and Juno Records. The 16 track playlist saw the pair move between both dark and light themes, and contained vocal features from Peta Oneir, Visionobi and JNR. Alongside the album, the duo reached another benchmark with releasing a single track ‘System’ on Shogun Audio in October 2017 as part of the ‘Point of Origin 2’ compilation. Looking to the future there is forthcoming material on Shogun Audio, Program, Flexout Audio, Vandal records and more for 2019.Regions performed in: UK, North America, Canada, Australia, New Zealand, Malaysia, South Africa, France, Germany, Spain, Netherlands, Austria, Portugal, Italy, Belgium, Sweden, Poland, Czech Republic, Croatia, Bulgaria, Romania, Hungary, Slovakia.