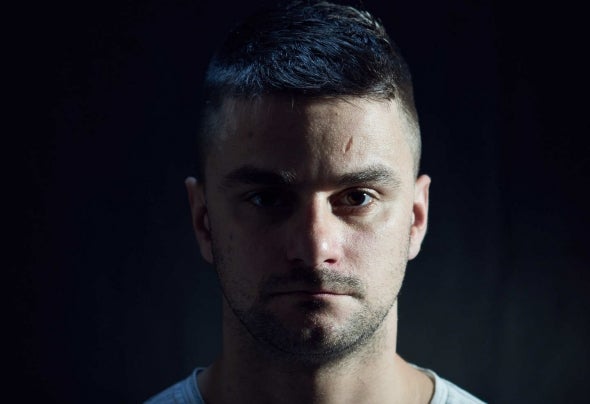 David Franks otherwise known as Frankee is part of a new wave of producers to hit hit the scene in recent months. Although a new face to many, Frankee's history spans back more than a decade of dedication and hard graft from when he was first introduced to Drum & Bass via his older brother at the age of 13.D&B, Garage, Jungle and Hip Hop dominated the household sound system with a pinch of Rock & Roll and Reggae chucked in the mix from his parents. Taking an early interest in this, Frankee went on to own his first set of 1210's when he was just 14 and started spinning vinyls at home as well as at at a local youth club where he could share and express his interests.Moving swiftly on, enjoying playing what he loved, Frankee's next step was to see if some of his own musical ideas could come to light. At the time of his coming of age he took the leap into production. Many a year passed in the lab concentrating on all the key factors of producing a great song until he was 22. Things stepped a gear at this point as he began to concentrate heavily on his production.Frankee had now gained recognition within the Ram Records circle and in turn gave him the confidence to hand a demo of his works to the 3 top players at Ram HQ, including Andy C.2013 saw Frankee exclusively sign with Black Heart & Wonderland on Ram. As if this wasn't enough, several of Frankee's huge tracks including a VIP of Black Heart made it into the mix of Andy C's Nightlife 6 . With the success of these releases, Frankee was even nominated for 'Best Newcomer' award at the DNBA Awards.Frankee kicked started 2014 winning ‘Best Newcomer Producer’ at the Drum and Bass award; while his latest offering Gully/ Away has been smashing up dance floors and charts worldwide and proves Frankee is a producer with plenty of tricks up his sleeve.The future is set to be bright for Frankee, as he continues to appear at shows from the UK to Europe, taking his sound to the masses.