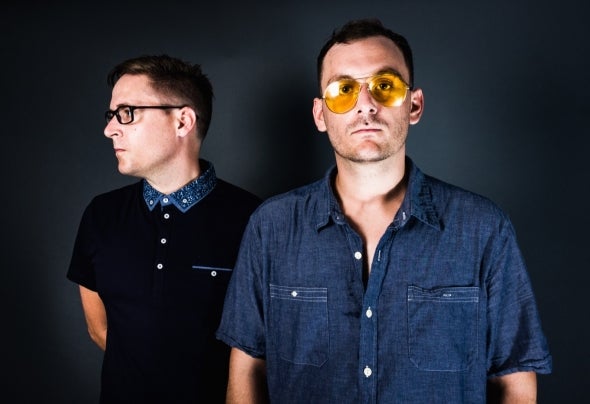 Few artists boast the creative scope of Lee Griffin and Hunter Watson, professionally know as ’Legion’. Their name stands as a historic part of the global scene. From their humble debut in 2009 on their own seminal USA based label‘Sine Language’ to now releasing globally renowned anthems on most every competitive label in the industry, it is apparent the duo’s technicality often goes unrivaled.They were the rst American act to be signed exclusively to the RAM Records label along with productionpartner Logam, and as a result, they’ve helped to bridge the gap which has formed across the Atlantic when it comes to the darker edges of dance music. However with RAM standing at the helm of its expansion in the US, drum & bass has never looked healthier.Their back catalogue ranges from precisely crafted techno rollers to the more recently acclaimed festival-grade vocal anthems, simply exempli es their lasting impression on the industry. The group was forged from early tech-step and jungle roots dating back to the No-U turn, Renegade Hardware, Virus, DSCI4 days at the heart of the UK scene. With over 25 years of combined experience behind the decks, they have existed as touring DJ’s and producers since before the turnof the millennia. In the spring of 2009, the duo landed a track in the hands of Virus Recordings bosses Ed Rush &Optical. It’s these men who of cially stamped Legion at their Travel The Galaxy LP Launch on D&B TV. Their debut EP on their label Sine Language “The Signal of Design ft. NC-17 and Koldfront”, was well received by the myriad of Drum and Bass elite.The LP debuted with multiple Top 20 spots on Beatport’s Drum and Bass Top 100 Charts as well as the #4release on the DNBA store. In early 2010 they collaborated with Genr8 releasing “Devil with Aces” on Bad ChemistryRecordings and the vocal track “Both Sides ft. Adam Wright” on Grid Recordings’ sister label, All Sorts Recordings.Legion was introduced to the UK scene with immediate credibility via Pete Tong’s Essential Mix with Netsky,garnering the attention of DJ Hype, Hospital Records and many more. Their crossover appeal with the inclusion of RnB/Pop singer Adam Wright, meant the duo was now breaking ground on a deeper side of traditional Drum and Bass.‘Both Sides” received weekly rotation by DJ Hype on his Kiss100 FM Radio show in the UK. In 2012 they were introduced to Atlanta based producer Logam and teamed up with him for stormers such as “Blackout” & “House Of Cards ft Adam Wright”. These songs were a perfect marriage of drum & bass and future minimal experimentation and “Blackout”was immediately signed to Flavours Vol 5 on DJ Hype’s own label Playaz, in February 2013. It was no surprise when systematic releases in 2013 and 2014 followed suit on the industry’s most prestigious labels, such as Hospital Records,Audioporn and ProgRAM. In 2015 Andy C’s industry leading RAM Records signed the duo to an ambitious & exclusive deal.With RAM Group acting as their beacon, Legion maintains an obvious nod to the liquid sound prevalent throughout the UK drum and bass community. Legion have smashed the prototype and made an impression on both sides of the Atlantic. Continued output on ProgRAM like “To Be Alone ft Micah Freeman” / and the aptly titled dance floor smasher “Switch up”, have put the duo even further onto the agenda’s forefront. In 2016 they shattered any high pro le remixes given their way. The Scottish progressive house artist ‘Grum’ and his 1990’s era piano anthem ‘Straight to Your Heart’ is no exception as itbecame a welcome addition on BBC Radio 1xtra. In 2018 they now stand rmly on the parent RAM Imprint, with back to back anthemic hits like ‘Coming Home’, ‘Mullholland Drive’ and now ‘I Blame Myself’. Their name has become synonymous with quality that would be expected from the top artists in the UK and expectations are always exceeded with every high pro le release on RAM. 2018 will see the culmination of the momentum of Legion’s original tracks, remixes and DJ’ing, with a live show preparing for an expansive touring schedule.