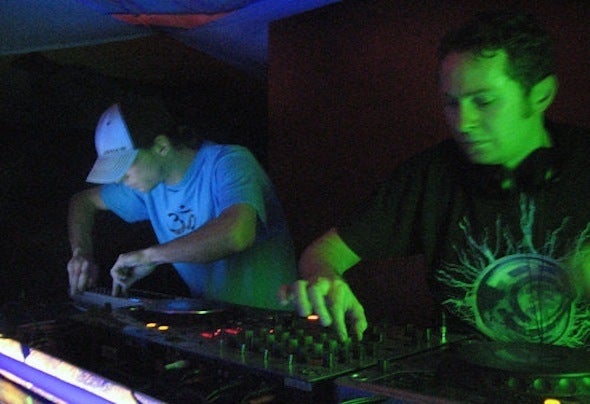 Shockwave consists of long time friends Niel Kirsten and Ronald de Stadler. Both being musicians for well over a decade they discovered Psychedelic Trance parties in early 1999 , but it was only after being inspired by a Solar Eclipse festival in the remote wilderness of Southern Africa during 2002 that the duo decided to produce their own brand of Full-on Psychedelic Trance. During 2005 Shockwave decided to relocate to Cape town , the Psychedelic Trance Capital of South Africa and after many years of refining their sound theyíve recently exploded onto the scene taking dance floors by storm all across the country. To date they have played alongside artists such as Artifakt,Absolum, Shift, Cosmosis, OOOD, The Commercial Hippies, Burn in Noise, Phyx, Rabdom L, Chabunk, Static Flow ,Bliss ,Waio, Corona, Broken Toy, SynSun as well as dj’s such as Bruce, Gandalf, Regan, Jos, Sterealkey, Mac and many more.In 2011 Shockwave signed with Solar Tech Records in Germany and have since been hard at work in the studio producing a colaboration with M-klome , a remix of Basic vs Bliss and also various singles. Production on their debut EP is also underway and is due for release on Solar Tech Records later in 2012. Shockwaveís music can be described as an euphoric journey into the psychedelic experience filled with powerful basslines , highly energetic rythms and soaring atmospheres that will keep any dancefloor grooving. So be sure not to miss the point of impact when Shockwave hits a dance floor near