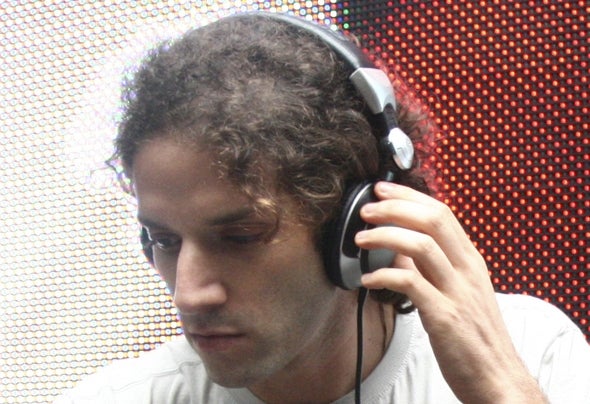 Ital, (musician of Chilean origin) engineer in sound, producer of Psytrance music and dj, from very small began his affinity by music in general. Since 8 years its musical interests have been directionated mainly towards electronic music. From very small one felt attracted by music, begun its musical carrier playing guitar and several instruments, happening through several styles of the popular music. From the year 2001 introduced itself altogether in the production of electronic music Psytrance next to his friend Andrés, thus forming their project “Metatron”. In its beginnings this project formed by Daniel Carcur and Andrés Rodillo began experimenting with samplers, synthetizers and audio software, beginning their introduce in the national electronic scene, playing in diverse places and mainly dedicating completely to the production of Psycodelic Trance. In 2004 it already decides to form his own project to which denominate “Ital”. This name comes from the African language call Patois and means “Purity”. Therefore the ital music has like concept the expansion of all the purity of ours around, canalizing through music all this divine and universal energy that surrounds us to give and projected it like sound waves towards our surrounding universe.His style is characterized for being a Psytrance with a very own character and style, full of atmospheres, metallic sounds and much sicodelia. With 14 years of musical experience and experimentation, Ital has been presented in the most important events of his country (Chile) and also in some of the great recognized Festivals world-wide like Universo Paralello (Brazil), Boom (Portugal), Fusion (Germany), Nagisa (Japan), Vortex (South Africa), VuuV (Germany), Summer Never Ends (Swiss), Aurora (Greece),The Experience (Thailand), Trancendence (Brazil), Among Others. Has play in countries like Japan, Germany, Portugal, England, Brazil, Switzerland, Italy, Denmark, Austria, Czech Republic, Scotland,Thailand, India, Usa, South Africa, Greece, Sweden, Holland, Poland, Chile, Mexico, Argentina, Bolivia & Ecuador. www.facebook.com/itallivewww.myspace.com/itallive