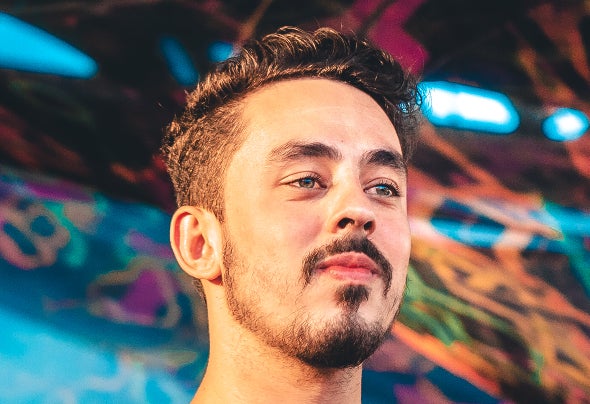 Marco Scognamiglio, known by his stage name Akasha, is a Brazilian musician, DJ and producer, resident in a chaotic metropolis, São Paulo. He has been changing people viewpoint on life with his new approach to music. His goal is to unite people through music, composing about what really matters to him: knowledge and ancient wisdom. Blending Psychedelic Trance with the ancient philosophies such as Hinduism, Buddhism and hermeticism, Marco wants to break through the music barrier and bring singular vibrations to a new era when human beings will feel really connected to each other, not just in a superficial way. When he works for hours searching for new tones,vibes, effects, percussions and kick & bass: his greates desire is to wake every listener upand remind all of them of an almost secret feeling that has always connected us all.