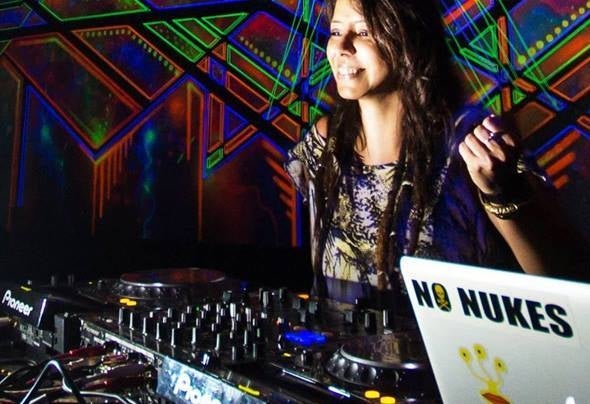 Venus of fertility and universal generation! In engaging rhythm, on the four corners of the psychedelic scene, Rosa Ventura is the mind of Venus Live! As well as the planet that takes its name and goes in counter-culture as unique in counterclockwise rotation of the solar system, Venus Live has bringing many different sounds, without imposing rules, promoting only the change of thought, polarising positive ideas in the midst of a dense party between the roots of night trance vigorously and intensely lysergic!Her live has been already presented in FMOZ Festival, Moon Effect, Shakti, Xyryry Kuaray, Respect and others. Recently in Mexico, Muladhara Festival in Japan, Wing Makers and Mystic. It’s the Venus planet and the moon at the same time presiding and promotes all the fertility from heaven to the earth.