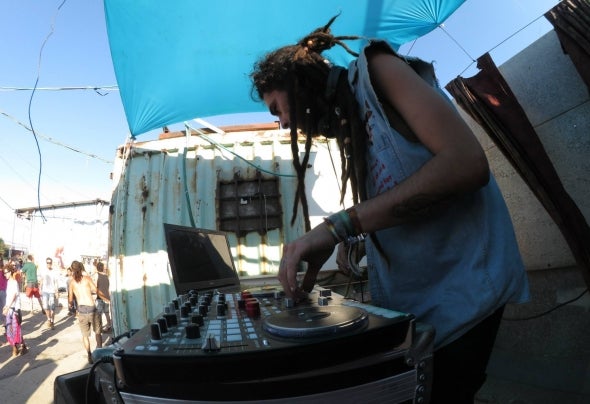 Strange Blotter is an electronic Psytrance Project founded by Essa (Jebus) Khoury – A Producer, DJ, and talented Drummer.Essa was raised as a drummer all of his life, music was in the family from the beginning, Started his music journey with some local rock and metal bands.Then he met the Electronic music world, immediately fell in love and wanted to seek knowledge by how these sounds were really madeIn 2008, Some of his friends told him about a festival happening around, He went not knowing anything about it, not the lineup, not the music genre nor the vibeThere, He was introduced to the magical world of psytrance culture, and then the journey started.Started as a Dj in 2010, in friends gathering and some small raves... But he always felt that the music he was playing needed more of his touch – Producing his own music.Strange Blotter played around with his production until his first official release "Eclectic Speech", released on Sun Department Records in 2016.Then the support and love from so many people around him started, from people who are in the scene, his friends, family and even from the people who are in the world of music production for many years.Strange Blotter has been playing around the globe in places like Germany, Austria, Egypt, Israel, and Palestine. These days Jebus has been collaborating with leading names such as: No Comment, Mr.What, Krunch, Electric Gene, Nataraja3D, to name a few.