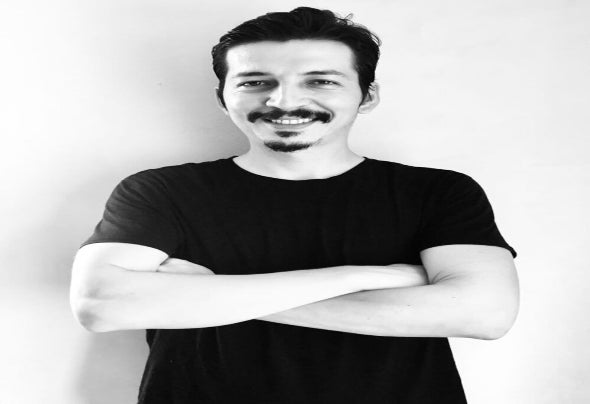 Eduardo Padilla Salas, the energy behind DJ Litosh & Solar Walker, is from Tampico, Mexico. He started making music as a hobby but soon realized that it was one of the best ways to express himself. He is a pioneer of the electronic scene in his hometown where he has contributed significantly as an event producer and musical collaborator. Solar Walker is an innovative talent who has achieved a unique style. In every one of his events you will find harmony and bliss in a dynamic and powerful set that will keep you dancing until the last beat. It was in 2006 when Solar Walker and his brother (Dj Espectral) founded the musical collective "Wigmakers CREW". He has shared the stage with top national and international talents. He has had performances all over Mexico and the United States, in festivals and private events. In December 2018, he released his new E.P. "Future Sapien" with Zoo Music. He has also made a remix of the famous track "Optimus Prime" by Iron Madness. A couple of months later, "Genesis" was released, a track in the legendary compilation of "Trojans II", and another one in "Zoo Army". His 3rd EP debuted with fellow Mexican talent and good friend Isralienn, called "Aurora Borealis". He also released 2 EPs with the German label "Yellow Sunshine Explosion". In 2021 he came out with his new single ‘Metamorphosis’ at Sculpted Sounds from California and another one versus Goblin-X (No More Games) with Timelapse Records. His newest tracks “Consciousness” and “Concept of Ganesh” have been released with the German label IONO MUSIC. Recently, his single ‘Distant Galaxy’ was released with the legendary label Agitato Records as well his versus track with Orisma ‘Mind Medicine’. He was also in charge of compiling the last of the Goa’s Compilation from Yellow Sunshine Explosion. Booking contact: solarwalkermusic1985@gmail.com