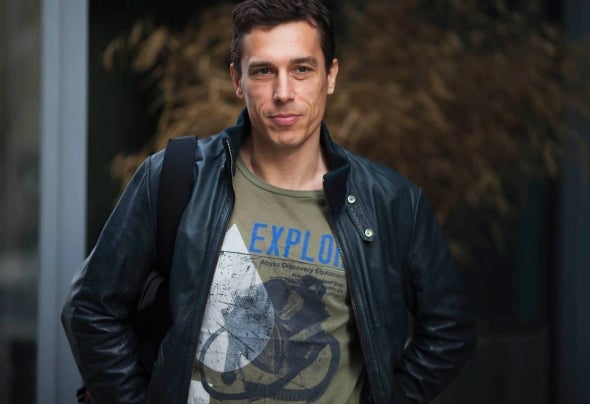 Born and raised in the French capital, Paris, Arnauld Stengel (Polaris) discovered and fell in love with electronic music in 1989. A couple of years later he made his passion a reality and decided to make music for a living. He started to spin records in 1994 and began his DJ career in France and Ibiza; working his way through the underground party circuit, delivering fresh and unique sounds to the late night madness lovers. After many years years, he submerged himself into the world of musical production in order to create his own sounds. He has played at many of the largest festivals around the world including : Sonica festival in Italy, Ozora festival in Hungary, Universo Paralello in Brazil, Earthcore in Australia, Full Moon in Germany, and many others. He has played as well, in worldwide renowned clubs including : Cube in Tokyo, T he Fridge in London, Batofar and Locomotive in Paris. Polaris released his first track on 3D Vision Records in 2001, and since then has never looked back; maintaining his cutting edge unique style which has defined him as an artist ever since. Throughout his lengthy career, Polaris has released three full length albums on Neurobiotic Records, as well as numerous other releases on compilations and EPs with many of the world’s most legendary and respected Psychedelic Trance record labels. To start the year 2014 off fresh, Arnauld joined the ranks of Solar Tech Records, one of today’s leading labels specializing in Progressive and Psychedelic Trance music. Look forward to new releases from Polaris coming soon on Solar Tech!