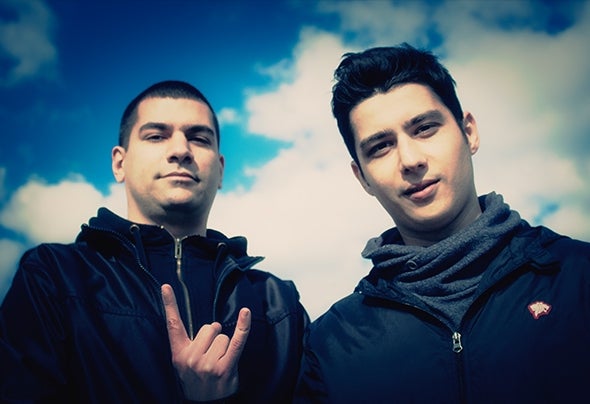 MAKIDA are Milos Modrinic (a.k.a. Copycat and member of Sideform project) and Nikola Peric (a.k.a. Fiction), both from Belgrade, Serbia. These two producers and friends met at audio-engineering school back in 2006 and with mutual music interests finally started to produce together in 2013. Their music can be described as pure psychedelic trance with driving bass-lines, screaming leads and atmospheric textures followed by strong groove and rhythm, which combined together create the trademark style of MAKIDA.In 2014 they joined 24/7 Records by releasing their debut EP called "Knowledge" and in November same year, Nikola and Milos released their first full length album "Measure of Reality". Many other release followed such as "Realm Of Intelligence", "Temple Of Elohi", “Creative Nature”, “Journey” EPs, singles, remixes etc.In December 2016 their second studio album goes out, “The Fractal Phenomena” and becomes instant hit around the world and reaches 1st place on Psyshop album charts.Makida has been performing on some of the major festivals around the world, such as Sunshine in Japan, Equilibrium and Soulvision in Brasil, Burning Mountain in Switzerland and more!