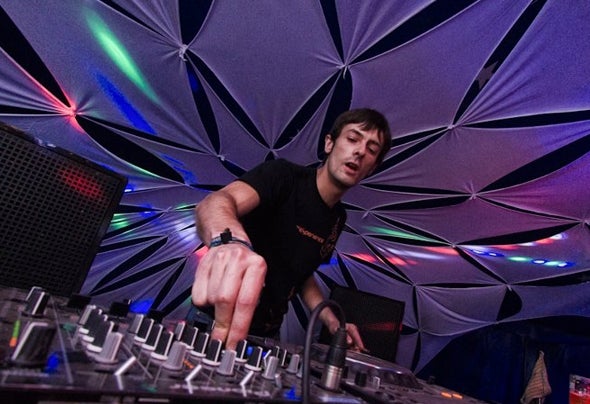 Bitkit hails from Belgium, with its rich electronic music history. As a youngster he got classical schooling in different instruments. Psytrance was discovered in 2000 and it was 'love at first sound'! His music is described as roaring powerful full on trance, a combination of pumping original basslines and a deadly accurate kick. Stuffed with crispy fresh psychedelic anthems, you get a mindblowing soundscape which will leave any dancefloor begging for more! Throughout his long career he has received support from all corners of the globe. He has performed all over Europe, even reaching as far as Asia. His lasting urge to optimize his studio expertise makes this creative mind constantly evolve to another level of production. In 2013 he joined the Belgian powerhouse Dacru Records and got invited to play at the Tree of Life festival in Turkey. Another definite highlight was his second set at Tomorrowland, considered to be one of the best electronic music festivals in the world), after making his first appearance there in 2010.