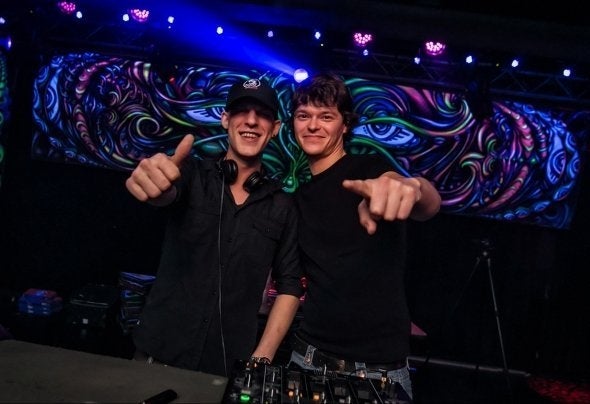 Since DigiCult was founded back in 2003, they have worked their way up to the forefront of the psychedelic movement within the trance scene. Trying to keep the soul within the music whilst their surrounding musical landscape moved to more commercial frontiers.They are to this day set to shine a light in otherwise obscure times. Their style has always been described as deep, intelligent full- on morning, never forgetting the roots from which it all sprung forth.By 2009 their music was brought to an impressive array of events, and spread on various international labels, while being released on 2 full length albums along the way. Memorable times include their visits to Germany (2x Full Moon festival & 2xSpiritual Healing festival, Fusion Festival), Mexico (New Years festivals in Cancun and Puerto Vallarta, Beat on the Beach festival in Acapulco), Japan (The Gathering, T.P.E.), Brasil (Trancedence festival), Hungary (O.Z.O.R.A. festival), Greece (Aurora festival), Israel (Morisson Drops festival, TFN), Tunisia (Solar Eclipse festival), Ireland (Life festival), USA, Guatemala, Portugal, Russia, Lithuania, Czech Republic, Switzerland, France, Sweden, Denmark, UK and many more.In August 2006 the guys released their debut full album ‘Avenida de Bélgica’ in French label Avigmatic records. It became the blueprint for the unconditional energy in their music, light and very psychedelic in nature. The second full album ‘Out of this World’, takes you to the next level .. space, both in sound and feeling. It was released in march 2008 at dacru records and includes versus tracks with U-Recken and Fatali.In 2012 a third full album 'The Lucid Nation' proved that they are still on top of the contemporary scene.