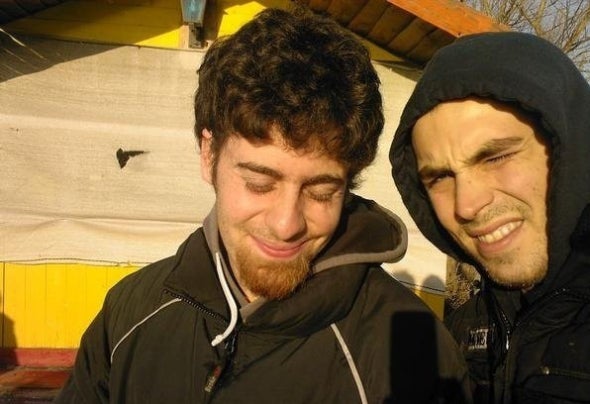 Acid Prophecy are Zat (aka Alberto Zattera) and Natraji (aka Michele Sperman). Both have been playing music since they were very young: Alberto started to play drums at 8, Michele the guitar and the bass at 11. After some years spent playing music in bands, they decided to move into the electronic music scene; beginning with french-core and different underground genres, then they moved quickly into a trance and old-school style developing a more psychedelic and melodic sound. In March 2007 they released their debut album “Digital Delirium” with Alphaproduction Rec. (IT). After the album release, they started to perform at many parties around Italy and Europe gaining experience in different dance environments. They fell in love with the goa-trance scene, which deeply inuenced their style. Today Acid Prophecy plays very fresh psytrance music, merging trance melodies with fast and jumping bass lines which give a deep and energetic live set. In the past few years, Acid Prophecy has played with artists such as Lamat, Tristan, Toast 3D, Deedrah, A.M.D., Rinkadink, Fractal Glider, DNA, Onyx, Ephedrix, Mekkanika, Painkiller, Bliss and many more