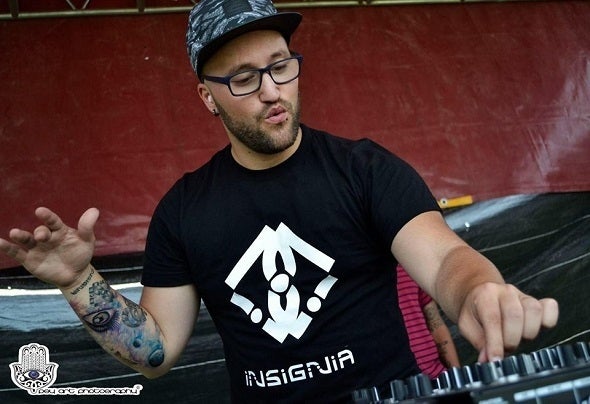 Ruben Rocha is born and raised in Portugal, a country with a long and rich Psy-Trance tradition. His first contact with the music and the events happend back in 2000 when his curiosity and passion for the culture were startled. Around 2005 he started practising his dj set and in 2009 he took his first producer steps with the Noise Bomb project which later was transformed into Insignia. Today Ruben resides in Mexico City where he quickly became a houehold name in the scene. He played regularly on indoor and outdoor events, big and small. His melodic full on quickly got picked up by Dacru Records and after releasing in many volumes of the Uncharted compilation series, he has now joined the label officially on a long term base. Ruben is also the man behind his lower bpm side project Euphorya.