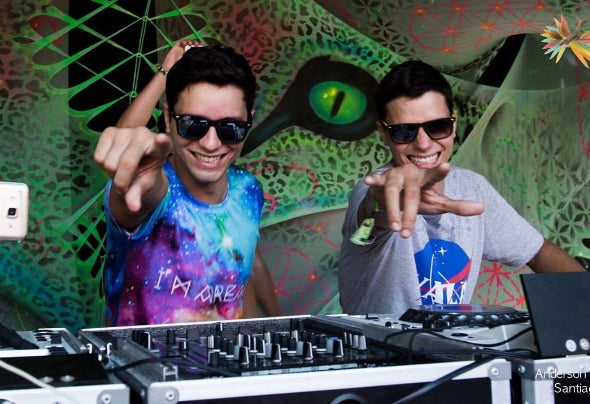 Diego and Diego Costa are twin brothers that make up the psychedelic trance project TWO FACES. Paulistas rooted Ceará, the two had their first contacts with the music still at 10 years old after learning about the Rock, and since then began to play drums. His first contact with electronic music was given as early as 13 years; at that time the Dance Music, Techno and Euro Trance were the styles that enchanted the pair. The Psytrance came after just 16 when the brothers visited the Open Air festivals. From there the interest in DJ just grew and with the help of some friends artists began to mix Sets, improving always within the psychedelic sound line. His interest in music production came naturally after learning about the Live Mexican artist Shove. The duo started using FL Studio, Cubase and then came a thorough course with Dj and producer Pedrão/Labirinto (UP). Before long, we knew fine grooves, basslines and synths a psychedelic line with notes in harmony and music increasingly elaborate. These findings emphasize the dedication and the composition of study that flows into the sound development of the double! With a Full On line mix Groove elements and Hi-Tech, the bill Two Faces became great promise of national Psytrance, the duo of brothers already won your space in the national scene, with your applications impeccable in Big festivals like: Universo Paralello, Shiva Trance, Soulvision, Mundo de Oz, and others.