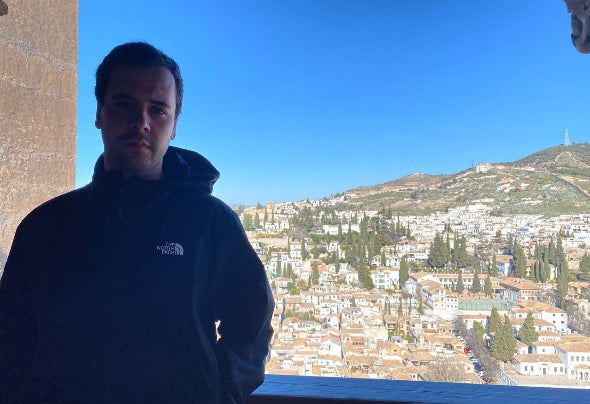 Talking about Gonzalo Bam is to talk about one of the faces of modern trance in Spain. Born in 1995, from a young age he had an interest in electronic music inspired by the big names of the genre, which made Gonzalo decide to gradually learn to mix and produce until he became a resident at the Coocon Club in Valladolid where he has spent several years. In terms of production, he has been responsible for songs like 'The Life I Left Behind', 'Derangement', 'Deserto Nel Cuore' or 'Welcome Home' receiving the support of artists like Paul van Dyk, Manuel Le Saux , Photographer or Giuseppe Ottaviani and also sneak into the sales lists of the main trance portals. When we say that Gonzalo Bam is one of the faces of modern trance in Spain, we are not only talking about his artistic facet, but about his facet as one of the directors of the main trance engine in Spain, the holding company made up of PlayTrance Radio, the press outlet Trance.es and the record label Galaxia Music.