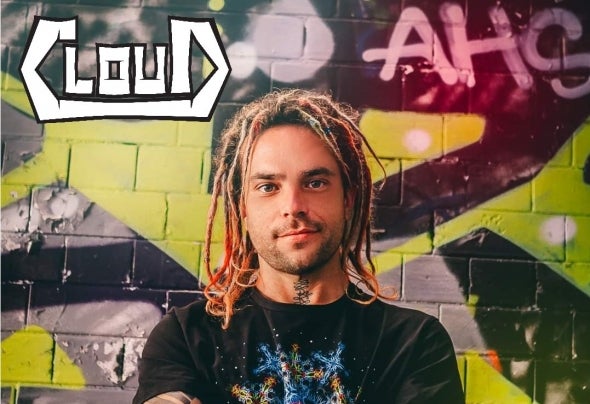 Welsh psytrance artist Kevin Lane’s passion was always music, but for much of his early youth, his tastes hovered in the realms of mainly rock & heavy metal. In his teens he discovered the psychedelic scene, then the psytrance scene years later at the age of 26, the age he considers his artistic alter ego “CLOUD” to have been born. Of that scene he says, “Psytrance & the way of life that revolves around its fanbase absolutely blew my mind, changed everything about me, & at that point my eyes were well & truly opened. Four years later, after exploring this new psychedelic world & discovering myself; I decided to start producing my own psytrance.” When asked how he began production & through what medium he’d pursued his musical education, he states; “Without knowing anything about producing or music, I felt I'd thrown myself into the deep end. This inadvertently led to me self- isolating for the next year. I dedicated that time to learning how to produce Psytrance, & then made my rst album. Post- production, I still couldn't shake the feeling of underachievement - I still felt too unoriginal. I took a break from producing to learn more ways to stand out, found some music theory & synthesis courses & got to work. After nishing those , I felt ready to make my own sound. I was straight back in the studio - but this time with a style all my own. Producing psy has been an amazing & accomplishing adventure for me.” In less than 2 years of producing & only 1 as a DJ, he’s been signed to 3 labels (Boomtic Records, Psyworld Records & Let It Out Records), managed to play at 2 big festivals (Logic & Indigenous), 2 Dutch radio stations, & many smaller UK events. In recent months he’s also begun hosting his own Psytrance parties. In the online sphere, just a week of being on Hypeddit helped push him to victory in the charts, winning 1st, 2nd & 4th places on the top 100 Psytrance download chart. In the words of Lane himself, “See you on the dance floor!”