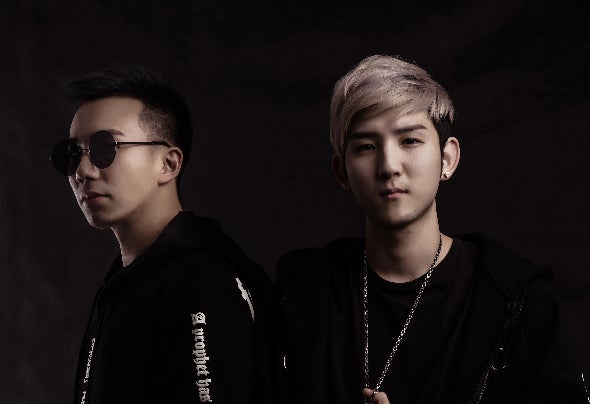 Debuting 2018, Ghost is a creative fusion of two polar personality opposites - the enigmatic, moody Ronin and the highly personable GTFO, the result being one of the most dynamic and energetic duos in Asia. Embracing an anthem-oriented, harder-styles sound with live performance elements, Ghost’s live shows never fail to keep the audience on their toes from start to finish, which has resulted in them appearing on some of the best stages in Asia: EDC China, ITSTHESHIP China and Road to Full Moon Bangkok to name a few. In 2019, Ghost released oriental psy-trance banger “Legends of Wong Fei Hung”, which was produced together with another two of Asia’s rising stars Wukong (Singapore) and Kaku (Taiwan), through Liquid State (Sony Music and Tencent Music Enter-tainment). The song garnered great momentum — the release reached No.2 on the Hot Songs Chart at peak on popular media platform Douyin (Tik-Tok) China, No.6 and No.62 at peak on QQ Music’s Electronic Music & China Music charts a combined 70+ million streams (and counting) In 2020, Ghost released “Everybody in the Party” together with DJ MAG TOP100 #13 Timmy Trumpet and regional star #98 22Bullets on KSHMR’s label Dharma Worldwide. The release garnered support from big names like KSHM, Dimitri Vegas & Like Mike and Blasterjaxx. The song has been streamed more than 1,000,000 times on Spotify within the first month. In the near future, Ghost has prepared exciting line-up of releases in partnership with some of the best producers and artists globally to firmly seal their position as one of Asia’s rising stars.