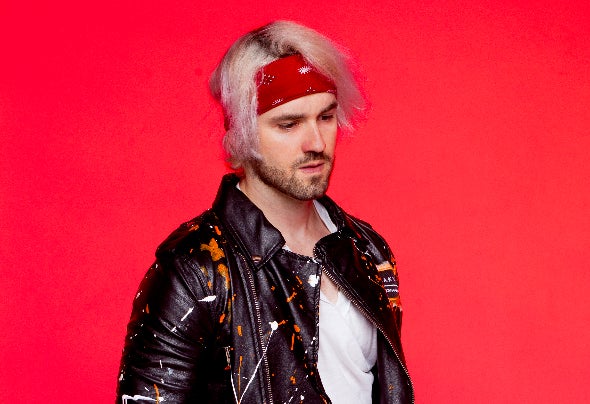 In just the last couple of years, American artist/producer Kevin Brauer has exploded onto the international electronic music stage as Sevenn. Sevenn’s rst release, the collaboration with Alok entitled “BYOB”, instantly gained millions of plays on SoundCloud, virtually overnight. Its success led to an inux of bookings and tours all over the world for club and festival performances. Shortly after, the massive collaboration with Tïesto, “BOOM”, debuted on Ultra Music Festival’s Miami mainstage with the Dutch legend himself. In 2018, the “BOOM” remix with Gucci Mane on the vocals was released and hit #14 on Billboard’s Hot Dance/Electronic charts. Both versions of “BOOM” have amassed over 170 million streams on Spotify alone.  Sevenn has proven to be one of the most exciting artists to watch in the Dance Music space, with debuts at some of the world’s most celebrated festivals like Tomorrowland, Lollapalooza, and Creamelds. With a growing worldwide fan base and support from the biggest electronic artists—such as Tïesto, David Guetta, Armin Van Buuren, Martin Garrix, The Chainsmokers, Axwell Λ Ingrosso, Kaskade, Diplo, Oliver Heldens, Alok, Jauz, and many more—Sevenn is set to reach the highest levels of global success as an electronic music artist and producer.