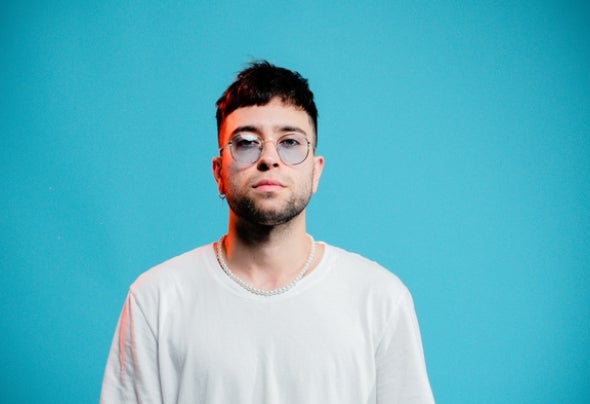 Crafted by the DJ and music producer from Santa Catarina (Brazil), Bruno Gustavo, Antdot is a project that became a leading act for Melodic House & Techno in Brazil, earning himself the title as the “Future of Brazilian Melodic House” on the cover of the major electronic music magazine, VibezMag. Antdot has transformed 2022 in a watershed year, stacking up accolades like recurring supports from Spotify in its editorial playlists and being announced as one of the performing acts of 2022's Rock in Rio on September 9th. Under his many achievements, Antdot has performed in renowned clubs such as Green Valley, D-Edge, Surreal Park, The Garden, Matahari, Park Art, Soul Club and Field Club. With over 14 million streams on his releases, he collects hits like 'Todo Homem (Antdot & Maz Remix)’, ‘Let U Go', 'Take Me Away' with Meca, 'Dawn' with Joy Corporation, not to mention his single releases that went on to conquer audiences, such as the 'Mirrors' and 'Walking In The Clouds' EPs. All this talent can't go unnoticed, and that's exactly why Antdot released songs together with illustrious labels such as Sony Music, Braslive Records, Só Track Boa Records, and Loulou Records. His music not only sought after by corporations, but also attracts a lot of attention from diverse DJs communities around the globe such as Keinemusik (&ME, Rampa and Adam Port), Vintage Culture, Dash Berlin, Kolombo, Jody Wisternoff, KREAM, Loulou Players, Dosem, Illusionize, Mecca and many other names of the national and international scene.