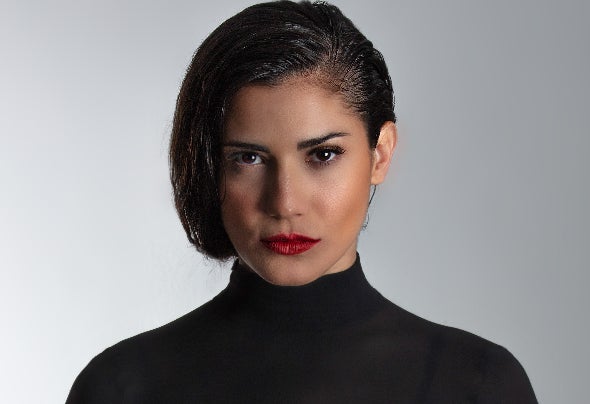 The brazilian DJ, vocalist, producer and song writer with a full baggage being a musician since she were a child and over a decade singing in a band of black music and rock, she started to song write with the producer GABE and them, ALOK. Her first release in Universal Music with him, made her found out her truly passion as a DJ, after that she released with artist Volkoder and having offical remix from Vintage Culture and Tim Baresko, she also colectes labels releases like Toolroom, Sony Music and Bunny tiger. Since that she started to develop her own style and grown her career and respect in the electronic scene playing alongside artists like Meduza, Claptone, Tim Baresko, Artbat, Charlotte de White, Stephan Bodzin and played in the massive festival in her home country: Rock in Rio , Ame Laroc Festival, Some festival and massive clubs like Laroc, Ame Club, Privilége Brazil and confirmed in Lollapalooza 2022. Her sound can be described as a stylistic cross between strong techy beats, robust bass lines, a mix of groove and perfect melody with strong sounding. As a dj, she also sings her creations live, her energy, stage presence, and crowd reading are unique and impactful. In her productions she starts to show her authentic sound, along with her vocals and strong beats.