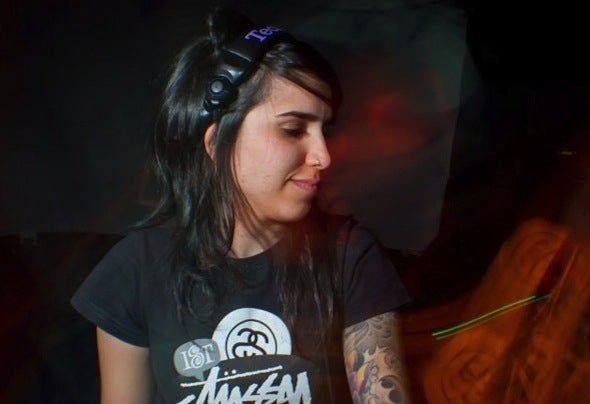 Mari Perelli has become a reference in terms of knowledge and music quality in the night of Brasília. In less than 4 years, the DJ has gained respect among the audience. She has had some of her tracks released under Crunchy Music, a digital label from Brasília she’s part of. Her first EP in 2009, “Tell You Somet hing”, t ook place in t he t op 100 ranking of some websites. She had a single released under the famous Noise Music, the Brazilian icon Anderson Noise’s record label. Another leader of the Brazilian electronic scene - Fabrício Pecanha – charted her music after she won a remix contest for his own track.Mari’s music travels between electro, minimal, house and t echno wit h acid t ones and a t ot al underground fluency, without missing the groovy touch. Besides being a resident at 5uinto, the only weekly party in Brasilia exclusively dedicated to electronic music, she also plays frquently in clubs and parties outside the capitalcity.