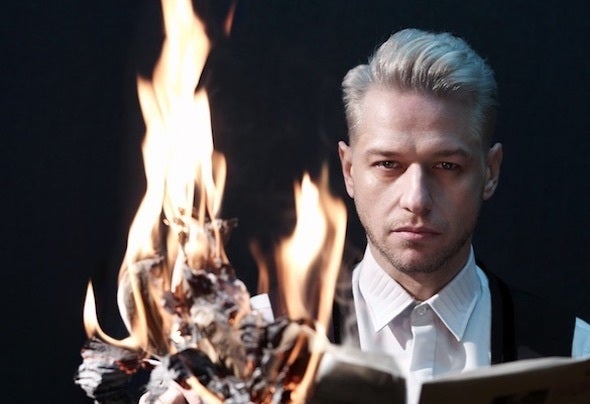 Rhythmetic CEO, CJ Jeff was brought to the attention of the world dance music circuit when he launched his career in 2001. Born & bred a Greek, whose family thrived in a circle of sociologists, Jeff coined a sound that quickly became distinct and recognizable, with a chic aesthetic to match.13 years down the line Jeff continues his reign from his humble abode in Athens’s. With a highly esteemed local residency lasting for over 10 years and an equally impressive 11 years at Mykonos’s “Cavo Paradiso” there’s no mistaking CJ is a formidable asset to his countries electronic outfit. But his sound has travelled much further afield, having made an impressive appearance at the 2011 Olympic’s Closing Ceremony in Athens, and worldwide performances at the likes of Watergate, Berlin & D. Edge, Sao Paulo, Jeff has covered a huge set of ambitions of which he set out to do at day one.Having shared a studio with other familiar local electronic producer, Thodoris Triantafillou, Jeff’s personal output immerses the listener into deep rolling percussion led house music that can only be executed with the experience Jeff is able to affiliate with himself.As a roster regular on Souvenir, These Days, Material and most recently joining ranks at Skint Records, it is influences such as Massive Attack that have enabled CJ to pursue such career high’s and obtain the perfect balance in his output, neatly tucked in between groove & psychedelic.As a DJ, producer and record label owner, CJ Jeff’s passion and execution of electronic music has continued to shine through his home led imprint, Rhythmetic. T hirty-three releases in and still going strong with the likes of Nick Curly and No Artificial Colours gracing the catalogue, CJ has taken the roster & output from strength to strength.As driven as ever, Jeff is set to take the next few months firmly in his stride as he takes to remix duties for Booka Shade and new homes such as Bedrock & Lapsus recognize his undeniable talent for release.