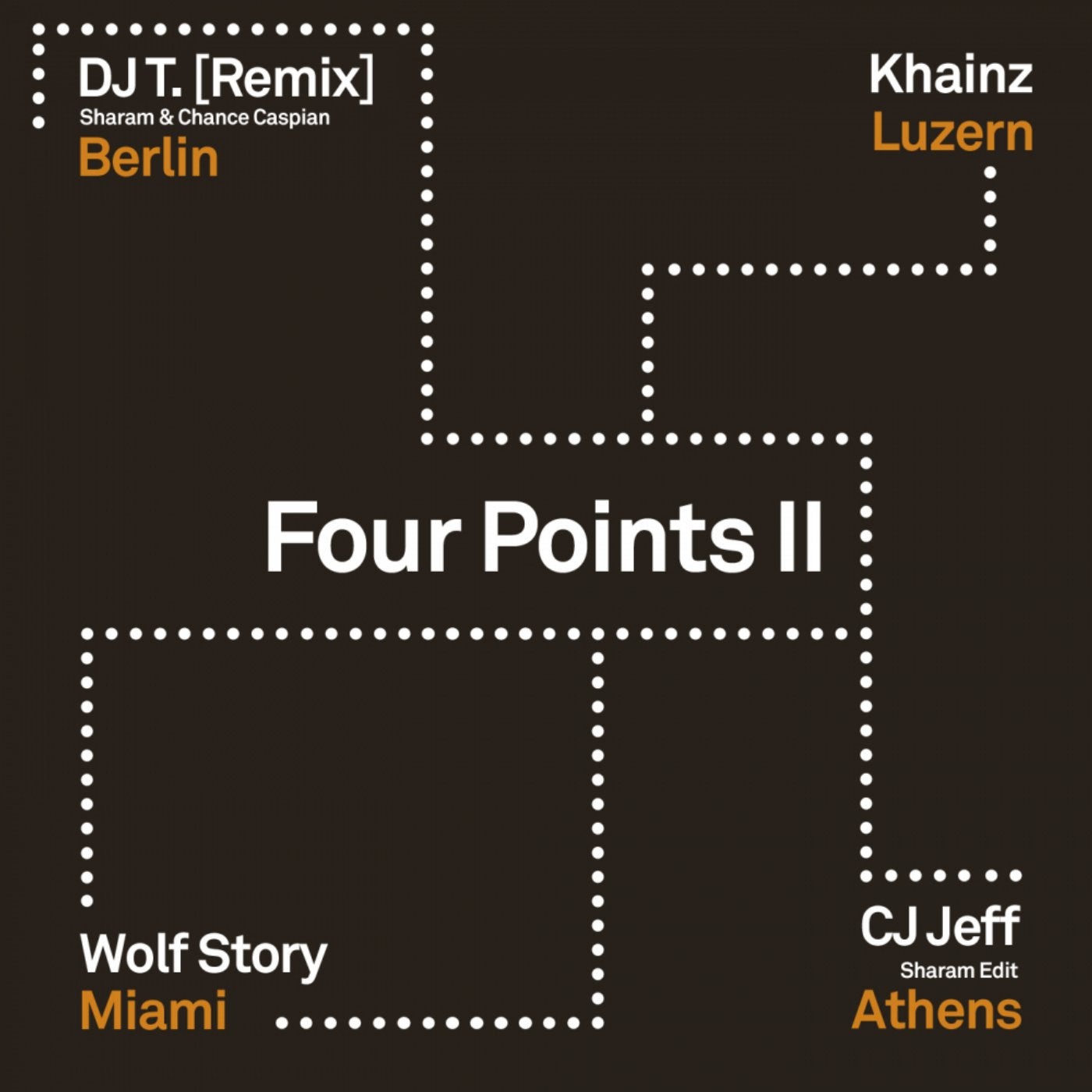 Last November, we brought back the Four Points concept, which dates all the way back to 2008, and as the name suggests its an EP that consists of 4 distinct talents from 4 corners of the world. Now, we're following that package up with Four Points II, with four fresh new tracks from some top producers from entirely new parts of the world.

Kicking things off is DJ T. with his remix of Sharam & Chance Caspian's 'Morning Glory,' originally from the 2016 album Retroactive. DJ T.'s mix is just what you'd expect from the legendary Berlin DJ. It's bouncy and groovy, a nice builder that falls squarely into house territory. Khainz brings the heat with 'Acrux,' a typically epic techno squelcher from the Luzern-based artist, and he proves once again that his chops in the studio are second-to-none. Miami up-and-comers Wolf Story are up next with 'Time,' which harkens back to the progressive house-meets-vocals sound that is so classic Yoshitoshi. And finally, our main man in Athens CJ Jeff serves up another beautiful vocal track with 'So Far From Home,' which has received the edit treatment from Sharam. This package is diverse and dynamic with no shortage of peak moments. In other words, it's quintessential Yoshi.