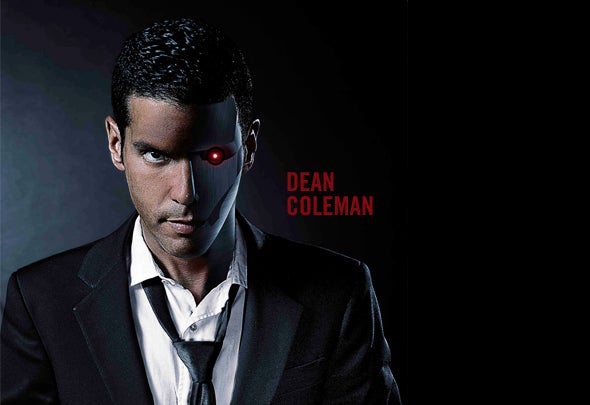 Producer, DJ and composer, Dean Coleman is a triple threat in the music industry. Dean has kept people on their feet for over 12 years in global hot spots including Brazil, Russia, Dubai, New York, Ibiza and Paris and has built a reputation for himself as a producer and composer whose trademark sounds have become sought after by famed musicians such as Madonna, Justin Timberlake, Chris Cornell, Annie Lennox, Beyonce, MIA, Timbaland, Maxwell and many more.A native of Greensboro, North Carolina, Dean Coleman was put on a path to master all elements of music that came his way. Learning both classical piano and the saxophone by age 12, Dean's foundation of musical knowledge was set at an early age. To further develop his career in music, Dean made his way to Atlanta, GA to work alongside heavy-hitters such as Miles Walker ,Sean Garrett, Usher and Elton John at the prestigious Silent Sound Studios, one of the highest maintained recording facilities in the Southeast. In 2002, Dean struck gold with a bootleg of "Narcotic Thrusts Safe from Harm," which was later signed by Deep Dish to their Yoshitoshi imprint. Also taking notice of Dean's accelerated technological skills and musical achievements, both Apple and PIONEER featured and profiled Dean on their website as a leader in the music industry which led to an extended relationship with PIONEER who sponsored Dean's music and press tour with Deep Dish. In three years time, Dean had been on four Yoshitoshi releases, scored multiple internationally-recognized films and has produced/remixed for heavyweights including Harry Choo Choo Romero , Robbie Rivera, Deep Dish, Erick Morillo, Hernan Cattaneo, Josh Wink, Eddie Amador, Julie McKnight and Felix Da Housecat.In Late 2007, Dean's remix of Alcatraz's "Give Me Luv" topped Beatport's U.S. sales chart and fueled the launch for his imprint label MUSICIZ. Along with the success of his remix and new label, Dean completed a series of side projects that included reinventing "Sexy Back" and "My Love" for Justin Timberlake, "Sing" for Annie Lennox and Madonna, "Scream" for Chris Cornell, "Why don't you love me" for Beyonce, "The Reeling" for Passion Pit and more. With countless original productions, edits and remixes to his credit. Dean's flare for cutting-edge effects and his appetite for technological knowledge has allotted him the ability forecast trends and push boundaries in the music industry. As a result, his skills have gained him recognition from the crème de la crème of the industry and most recently The Recording Academy who selected Dean's song "I Want You" for best remixed recording earning a Grammy nomination. . Dean recently moved to New York to further his full scale productions on an even bigger level . He now calls Bass Hit Studios owned by Multi Grammy Winner and Engineering Legend Dave Darlington. In the works are multiple singles and remixes including his remix of Harry Choo Choo Romero’s “Is This Time for Goodbye” and a massive collaboration with Multi Grammy Winner Phil Tan .