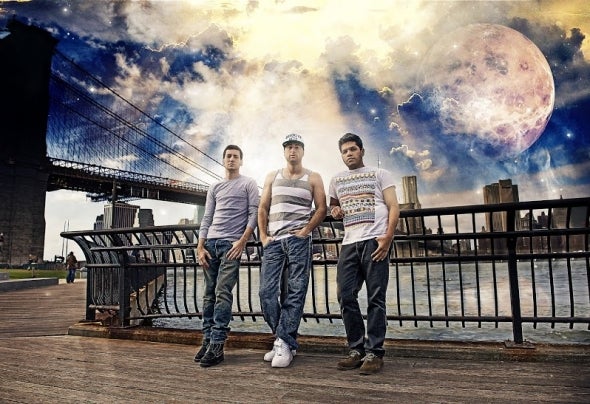 Versatility in music production is a skill most artists cannot claim they have mastered. In the case of the New York City hailing Space Kadets, it has always been a natural ability. The production threesome consisting of childhood friends Tim Mitchell, Giovanni Valenti and Danny Gallardo, have been making music long before their recent introduction to ‘EDM’. First gaining praise as a predominantly hip-hop oriented production team, their past studio works featured esteemed artists such as STS, Ameer, That Kid Era and Styles P. During their time spent working in the hip hop industry, the Space Kadets became heavily involved and supported by legendary producer Todd Terry, which in turn lead to four EPs being released on both of his reputable imprints. Only marking the start of what was to come, the time spent working with Todd exposed the true soul of dance music while also providing a true mentor in one of house music’s most legendary figures. With the electronic music niche providing producers free range in terms of pushing boundaries, the long time partners soon recognized that if there was a time to reach a new demographic of fans, the ‘EDM’ explosion provided an ideal avenue for complete originality. Propelled from behind the mixing boards and straight into to the spotlight, the combination of music related specialities each Space Kadet possesses helped forge a chemistry impossible to replicate. Combining each member’s profound appreciation for jazzy melodies and rhythmic latin percussion with the new trends of contemporary big room electronica, the Space Kadets created a sound not commonly heard from the DJ Mag Top 100 artists. Epitomizing the concept of an organic growth process, The Space Kadets have seamlessly transitioned into the overly saturated dance music circuit while garnering the respect of those much higher on the food chain. Poised to take the industry by storm, this team of seasoned production aficionados have only just started to showcase what they can.