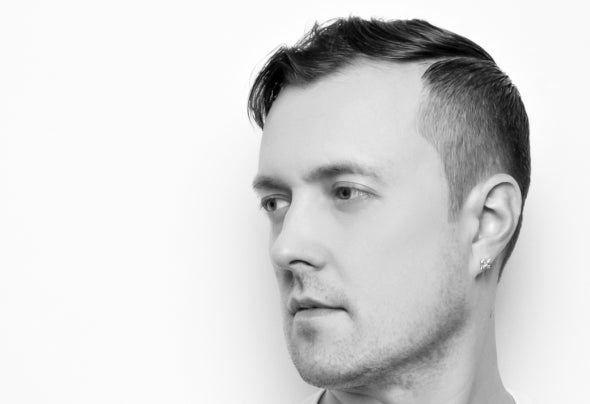 DJ Amadeus is one of the fastest growing names on the international DJ and production circuit. It is through a combination of hard work, perseverance, skill and the adulation of his fans that Amadeus is creating the classic American tale and storming up the world DJ chart.Hailing from the Ukraine, Amadeus immigrated to America in 1989, and he came of age during New York City’s golden age of clubbing in the ‘90s. Coming from a musical family, his odyssey began by learning to play piano at the age of five, later taking up the drums and studying classical music. When his friends took him clubbing for the first time in 1994, he had what he describes as his first “a-ha” moment. Already a lover of a plethora of musical styles, he soon started DJing and has quickly become one of the hottest up-and-coming DJ/producers on the international circuit with regular tours of US, Canada, Asia, Europe, and Middle East. And the numbers are building into a deafening buzz: Amadeus entered DJ Magazine’s prestigious Top 100 poll at 97 in 2005, then rocketed up to 24 in 2006.“My first mega club was Tunnel in 1998,” Amadeus recalls. “It was the biggest club in New York City at that time. I was speechless watching Danny Tenaglia play, then I got a gig DJing in the mezzanine.” Amadeus later brought his big-room sound to other Big Apple institutions such as Limelight, and Webster Hall. He secured a residency at Imagine Fridays at Club Exit, which was one of the hottest parties in the city at the time. “I experienced and learned a lot at those mega clubs,” he explains. “I was in the clubs day and night meeting promoters, playing alongside big names like Paul Oakenfold, Tiesto, Sasha, Dave Ralph, Ferry Corsten, Danny Tenaglia, Johnny Vicious, and Jonathan Peters.” As he built a loyal fanbase of clubbers and promoters playing weekly for 5,000 dance-music fanatics, Amadeus turned his attention to producing tracks with a partner and scored a club hit in the form "The Arrival," a song that became an anthem of Sound Factory. He continued to build on the momentum with a solo project and released another banger, "Let's Bounce," which became an anthem at Club Exit .Flash to the present and DJ Amadeus’s career continues to build momentum. He regularly takes his signature sound to clubs all over the world and has tours with heavyweights like Christopher Lawrence under his belt. In addition to spinning regularly at New York clubs like M2 Ultralounge and Club Pink, 2010 will find him traveling all over the world.“What sets me apart from others, I think, is that I am known for keeping the dance floor packed till the end of the night. I always read the crowd well and have my extended sets turn into a musical journey,” Amadeus says. “I start off deep and techy, then go into progressive and vocal house, picking up the energy upon the end of the night with tech and techno beats. I look at my sets as sort of a staircase where the sound progresses and elevates. The next track is always better and bigger than the previous one, which keeps everyone on the dance floor for hours. I am very creative when mixing live; I play with a lot of effects, loops, acapellas, and mash-ups. I make my own exclusive mash-ups, and I have tons of unreleased material that sets me apart from others. I’m always on top of my game!”In addition to touring, Amadeus is readying a full-on assault of productions. The first is “Something You Know,” a massive vocal record produced with partner Benny Maze, featuring vocals by Leo on Gray Home Recordings with remixes by Richard Grey and Dean Coleman. He also has a remix package coming out soon on Eyezcream Recordings for his previous release, "Don't Let Your Fears." If that weren’t enough, he has five more singles in the works. “Most of my time is spent in the studio or on the road. With a big residency in the biggest club in NYC, M2 Ultralounge (formerly known as Mansion/Crobar) and sister venue Club Pink (formerly known as Pink Elephant), which both keep me really busy, I tour in U.S., Canada, Asia, Europe, Middle East on a regular basis. Sharing the stage with todays electronic music icons like Tiesto, Christopher Lawrence, Steve Angello, Roger Sanchez, Offer Nissim, Peter Rauhofer, Behrouz, Alex Gaudino, Dean Coleman, Donald Glaude, Richard Grey just to name a few. I’m looking forward to a very busy year, and as soon as all of these records are released, the touring mayhem shall begin! “