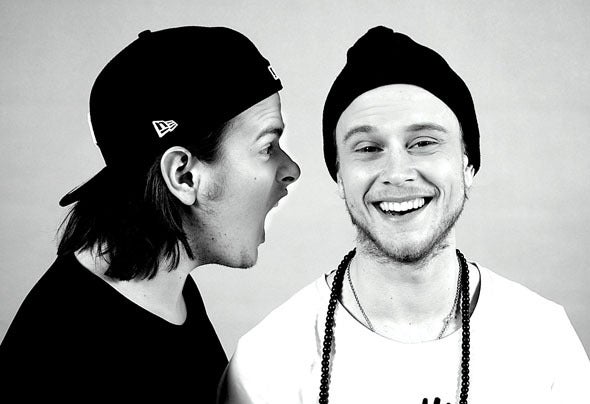 Based in Stockholm, Sweden, the two brothers in Lunde Bros. has been DJ’ing and producing music since 2009 and they have plans of continuing for a lifetime.Their love of house music gives them a lot of energy, which you can see and feel in their sets and music. Their first ever released track was back in winter 2010, which was a remix of Norman Doray & David Tort - Chase The Sun. It was played by big names in the music industry as Chuckie, Roger Sanchez, Dimitri Vegas & Like Mike, John Dahlback, just to name a few. Following this release, they released their first EP at Joia Records, including three original tracks. All of the three tracks climbed high on the charts of Beatport. One of the tracks, "Blablabla", got a huge support from Laidback Luke on his radioshow at Radio ClubFG. The track was also supported by Dada Life, Myback, David Guetta, John Dalback, Swanky Tunes, Erick Morillo, p8 and many others. The two brothers have now released tracks on big labels like Cr2 Records for their Miami and Ibiza 2011 compilations, Toolroom Records, Joia Records, Pinkstar Records, Nero Recordings, Mutants and Emotive Sounds. Supported by big names like, David Guetta, Afrojack, Pete Tong, Erick Morillo, Laidback Luke, John Dahlback, Dada Life, Swanky Tunes, Chuckie, Thomas Gold, Roger Sanchez, Andrea Martini and many more! You will, for sure, see and hear more of Christopher and Niklas in Lunde Bros. in the future!