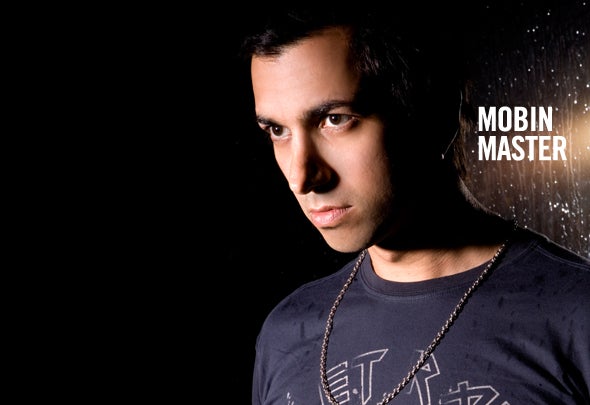 Mobin Master is now a major player and international name in the dance music scene known for the biggest club track for 2007/2008, the SMASH HIT "Show Me Love" released on his own label "Safari Music" late last year. MOBIN MASTER- SHOW ME LOVE was the number 1 world-wide house club hit for late 2007 early 2008. It was a massive Ibiza anthem and number 1 on BEATPORT for over 8 weeks in a row. Plays by the biggest: DANNY TENAGLIA, DAVID MORALIS, PETE TONG on BBC RADIO 1, DAVID GUETTA, ROGER SANCHEZ and MORE!! Licensed to Ministry/Hed Kandi UK. Mobin Master is at the forefront house music internationally with a distictive sound, with a reputation for big main room club music! Mobin Master, his real name is A & R/Label Manager of brand new Label SAFARI Music with his music partner Hess. On Bamboo he has an established international reputation in Tribal House and now on Safari Music. LATEST NEWS: The follow up to "Show Me Love" is "Stand up" on Safari Music has been hammered by CARL KENNEDY and is in the TOP 10 downloads on DJDOWNLOAD.com. "Be Yourself" has been championed by ROGER SANCHEZ and played on his radio show "Release Yourself" and on his Top ten chart for over a month! He has had numerous chart topping tracks around the world, Billboard Charts in the USA and now, always seem to chart on top downloads, on websites, forums and radio stations on every new release. He has worked with New Yorkers Roger Sanchez, Inaya Day, , Robin S, Jodie Watley, D'Empress, Supafly, Marcia Hines, Rob Mirage, Corbo and Madison Avenue on worldwide releases gaining a reputation in the forefront of vocal house production. Mobin has remixed 2 tracks on STEALTH including "That's It" and Roger Sanchez's track "Turn On The Music" featured on his album! . His new tracks "Stand Up" and "Be Yourself" are alll on the way and working the clubs played by the biggest Djs in the world and many club Djs across Europe. Mobin's track "Get Away With It" reached anthem status in many countries throughout the UK,Europe & Australia. His Tribal Funk series on Bamboo Music have rocked floors around the world played and charted by the biggest in the house scene from Seb Fontaine on Radio 1 to Bob Sinclair. DJ SHOWS As a dj, his upfront sound is distinctive,energetic and at the forefront of house music. Mobin has a unique ability to entertain a crowd with his energy and enthusiasm. The crazy white "keytar" strapped across his shoulder played live is a truly visual and audio experience not to be missed. The driving basslines, melodies, drums, exclusive remixes, acapellas and rhythm in his music selection leaves a lasting impression. His versatility is not only reflected in his production but also in his live DJ performances. He has toured Australia and NZ extensively and is embarking on a North American tour this year. LIVE SHOWS Multi-talented Mobin Master and diva - Karina Chavez are doing the "Show Me Love" tour with live vocals and Mobin on the "keytar" and steel string guitar. Karina's powerful vocals tear any house down and as a duo they are truly entertaining with a mind blowing show not to be missed! They perform some brand new tracks, covers and some earlier works such as "Get Away with It".