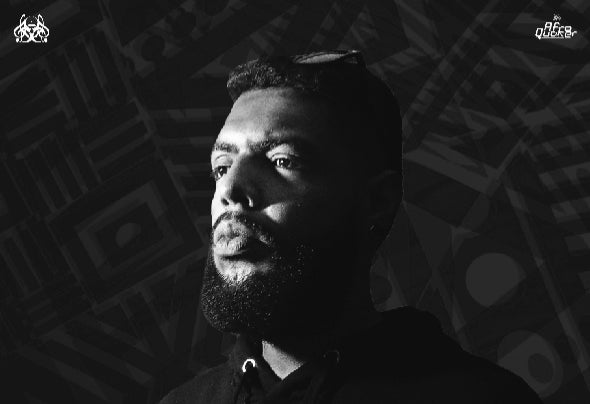 AfroQuakeR is an independent DJ & Producer born & raised in Venezuela, started his journey as a Hardstyle DJ, in 2010 with a huge passion for electronic music in general he decided to start making his own, throughout the years he managed to dominate over 6 genres like Drum & Bass, House, Techno as AfroQuakeR & Trap Music as Grando., having his first official release in 2014. Then in 2015 he started to use Techno & Tech House as his main genres but with a unique touch, merging sweet melodies with heavy basses. Later that year he and some friends created Fruit Salad Incorporated, an organization focused in giving exposure to local artists (at first), in 2016 the main objective of the organization started to feel a bit small, so they decided to create brands within it to reach out more people, starting with Qloob Magazine that same year and their own record labels; Fruit Salad Recordings in 2019, and its Urban Sub-Label Rad Cow Records, all based in Buenos Aires, Argentina. Right now he has over 30 releases with various record labels including his own, making what he calls Mid-Tech, a new way of Melodic Techno, encouraging artists of his label to think outside of the box and really express themselves through music.