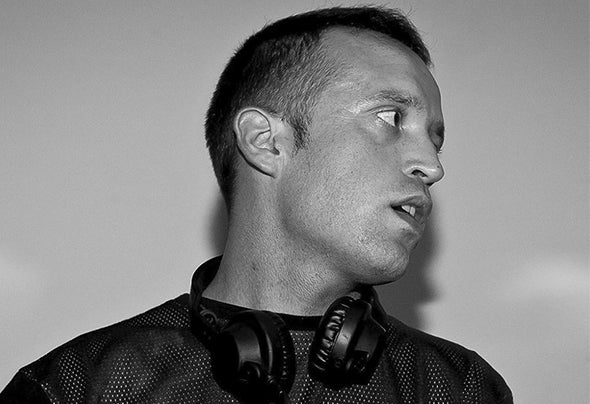 Aitor Ribes Verges, was born on October 13, 1989. He became interested in the world of music to 13 years and called himself Aitor Dj. It started like most,with the Atomix famous Mp3iniziandose with music time that was the Newstyle, Hardcore and cakes. Moment could only settle for the computer i mixing at times home of his friends, who had some belt platesand could start making your first mixes with vinyl. Were slowly disappearing from their sessions the Hardcore issues .... and cakes were heard each time least in his sets. At 15 he got his first tablemixing, the first CDJ800 i Sennheiser helmets, to you always had to order another cdj to a colleague to click. At that age he started out bowling i the field by some pubs of Tarragona. At 16got his second Cdj 800 i the new era of the CDJ 400. Since then teamed up with Dj Adri Fr, Something Dj and Dj Gim to which they put them residentsNitro in Amposta room for a year of the best of its life. From then stepped rooms as Piramide (Cabanes) Masia (Segorbe) which stayed in the 4 th contest djs, Orbita (San Mateo) Barcelona etc etc. So long age 20 years did not begin to produce their first issues Newstyle with Ableton Live. Over the years, as all things, friendships were increasingly less Masia, ia his new friends was cool them another roll, techno! In an age of 21 he began to enter the for new music, i eventually caught up with and even exceeded the hours of dedication to Newstyle. With the Techno Dj Henna called himself and in a time of or half a year since he started playing at parties style your field, set up a summer of nonstop afters, parties private rooms like Elastica (Gandesa) Piramide (Alcanar). His sets were between Techno Minimal Techno and more strong, dark and quality! Right now is DJing and producing two styles of his life, the whistles and Techno, which will make its first issue to techno Information on Beatport with HENNA new stage name. His next goal is to buy the full teamtechno needs to puncture, since there is not a disk.