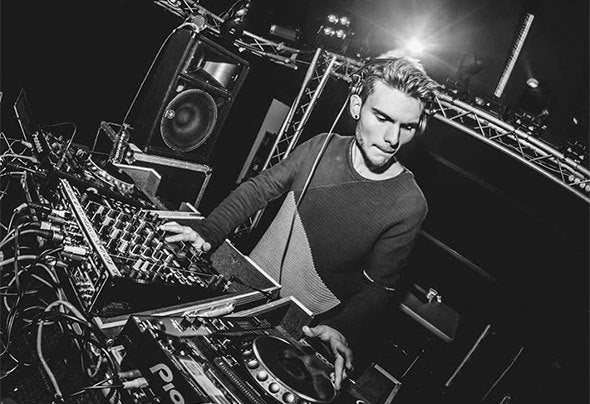 Andrea Ghirotti was born in Ferrara on 04/04/98 and since childhood has a great passion for music in general, given the strong desire of his father, musician, to let him know the world of sounds. From a tender age, she becomes attached to dance and dance music, the one that moves people, that makes them smile and entertain. So, when he became a real teenager, he decided to try and see if his musical tastes can convey the same passion and desire to celebrate the people who listen to his sets. Initially the boy is very influenced by strong and pressing rhythms of the world of contemporary dance music, but after various researches of taste and quality he realizes that the genre that most belongs to him and the Underground: La Techno. By stabilizing on this genre, and beginning to know the first music composition software, he begins to search for sounds and ideas so that his music can evolve continuously distinguishing itself from the most fashionable tracks in this genre. Underground and dark style are part of this boy who expresses his own tastes for Techno music in his productions. Confronting with sacred monsters like: Marc Houle, Magda, Andrea Oliva. Resident official Friday evening Tetris license in Ferrara, is also taking space in evenings organized by staff Toulouse able to offer him the opportunity to deal with a high-caliber artist like Alberto Lolli.