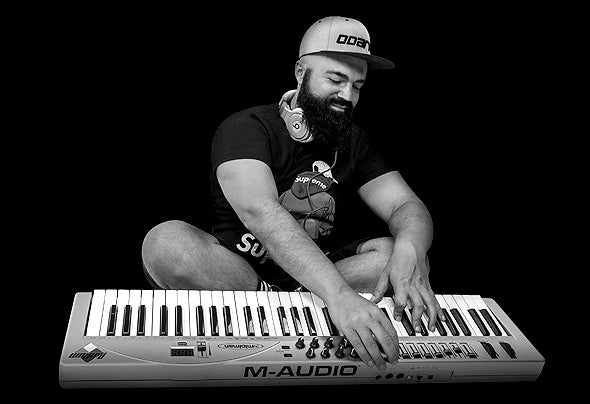 In his more than three decades of experience as a dj, musician and producer, Carranco has built an impressive reputation with his particular and unique styles of techno, electronic, progressive-house & tech house, becoming one of the best known djs and promotors in the international LGTB scene. The combination of diverse melodic elements with strong rhythms from different times makes him still on remaining cutting edge with forward thinking. He is always looking to take his projects to the next level with so much ambition and such a passion for his work. Carranco not only brings his immense energy through his genuine productions but he knows how to perform expertly with an inexhaustible quantity of new ideas in progress in order to connect with his audience.   Carranco started djing in 1986, when he was only 18 years old in Madrid, where he is from, his interest in the music production began very soon. In the early 90..s he travelled quite often to USA and became a regular guest dj in several events in L.A. N.Y and Miami. His career reached a new level when in 1997 he moves to London where he ts himself right into the club scene gettin a residency in some clubs where his peculiar progressive house and trance style didn..t pass unnoticied by the public of this city. After this important and productive period, in the 2000s he decides to go back to Madrid to start himself as a club promoter. Nowadays he combines his facet of producer with the residence in his own club and events in Madrid (Odarko / Noctox / Into The Tank / The Boiler / SleazyMadrid) and also playing in other different clubs and parties where he is hired. During all these decades of extensive professional career in music, Carranco has formed as one of the more experienced Djs and events promotors as well as a representative artist of melodic house & techno, one of the wide subgenre on the rise of the current electronic dance music.