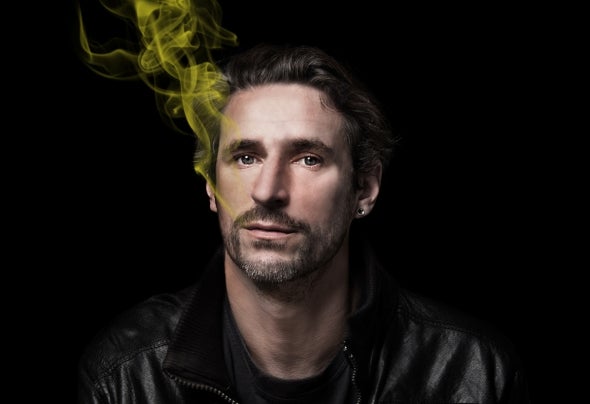 Madmotormiquel... First things frst: Try pronouncing that. Or maybe don't – it's all about the music after all.Born and raised in west Berlin Michel Neigenfnd – what his parents named him – had only music and collecting records on his mind from an early age. Influenced by British ‚77 punk- rock and US punk from the late 80ies he soon realised musical boundaries were nothing for him. His equally large passion for hip-hop paved the way to frst electronic productions. Big beat, drum ‚n‘ bass, acid techno, early spiral tribe stuff...His frst fusion festival in early 2000 as well as many illegal open airs and parties in a Berlin flled with open spaces after the fall of the wall, made clear the path he would take. Up until then a party DJ with diverse genres, his passion for techno/house music steadily grew. Through own events with Bachstelzen, a collective of organisers that has greatly influenced Berlin‘s party scene with its events in elaborately themed off-locations, the course was set for frequent techno/house DJ gigs.In 2006 his own productions started gathering appeal on different netlabels followed by the frst real release together with Sebo and Nayan Soukie on Sasse‘s label Mood Music in 2010.Following further releases, the Boys Don‘t Eat EP on Katermukke brought a frst taste of international success with high placings on the Beatport techhouse charts (4. and 17.), as well as regular airplay on national and international radio. John Digweed even signed two tracks from the URSL 08 (Everything Will Change EP) and re-released them on his extremely successful Live In London mix.Further productions for Canadian, US and British labels followed as well as several releases on German labels.The steadily growing success of the URSLRecords label which Madmotormiquel has been running together with Sebo and Soukie & Windish since 2010, has been a continuing reason for being booked way beyond the boundaries of Berlin. Two Brazil tours, gigs all over Europe – over a hundred in 2012, productions which regularly feature in charts of notable Djs such as Martin Landsky, Tim Green, Tube & Berger, Robosonic and Dirty Dor̈ ing leave the undoubtable impression somebody knows what he‘s doing. In the studio as well as behind the decks.