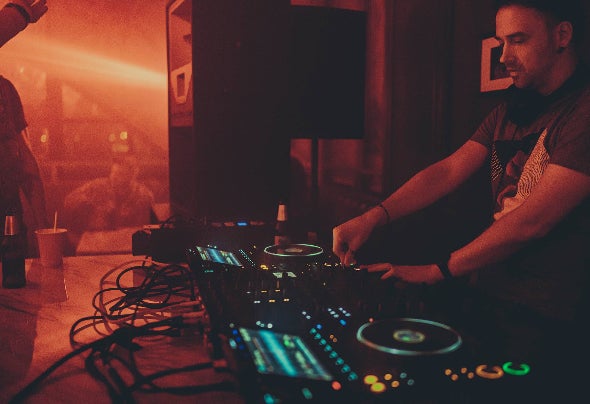 Cosmique’s insatiable passion for music, along with his infectious personality propelled him to the forefront of the London club scene when he had joined the established Nuestra Casa club night in London in 2007. Together, he DJed at various venues alongside such legends as Pete Gooding, Nicky Holloway, Rowan Blades, Danny Howells, Desyn Masiello, Tom Middleton and Robert Babicz - hosting many club nights across the capital, two boat parties and he even rocked a packed T2 room at the legendary Turnmills just weeks before the club closed down for ever. His taste has always been diverse, and he cites electronic pioneers Depeche Mode as his earliest musical inuences. From the latest underground promo to crowd pleasing party sounds, meandering through house, progressive, tech-house or techno – Cosmique’s sets are always delivered with the danceoor rmly in mind. Not content with only blowing minds from behind the decks, he has always been honing his production skills, with edits or bootlegs which he loves to surprise the danceoor with, and original releases, one of which “The Question of the Void”, recently released on 200 dB Records. With more productions planned for the year 2020, and making Bangkok his new base, Cosmique is looking forward to rocking many danceoors in SouthEast Asia.